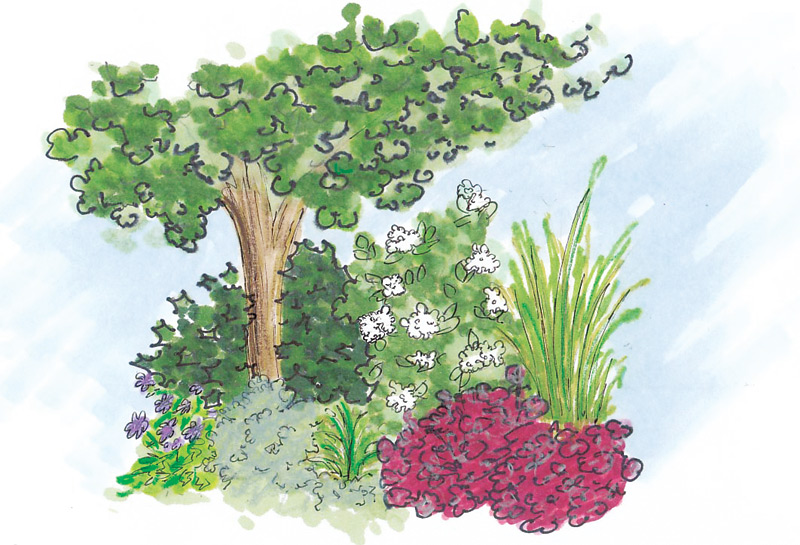 When I was growing up, yews and barberries trimmed as geometric shapes were all the rage. Today, it seems knockout roses and goldmound spirea are the frontrunners for the most overused plants. These plants, known for their dependability, are great in the right spot, but history shows us never to rely heavily on one or two plants. Such homogeny means pest or disease infestation can more easily wipe out your garden.

During the 20th century, the Dutch elm disease slowly spread across the country and killed nearly all the elm trees in its path. Many cities were left barren after they lost 77 million mature trees. Today, the emerald ash borer — an exotic beetle now invading the upper Midwest and eradicating the ash tree — gives us a similar problem (though experts are uncertain if the borer will move south). One of the best ways to protect your landscape is to diversify.

Over the past few years, the City of Evansville has been working to diversify the trees around town. For your landscape, the same should be true. Mixing it up not only limits the potential damage an invader could cause but also adds colors and textures. Plus, variety invites wildlife into the garden and benefits the soil.

Finding diversity is easier now that researchers and growers introduce hundreds of new plant varieties each year after successful cross-pollinations. I see them in gardening magazines nearly two years before they commonly are available, which is why I love wandering a garden center and finding a new plant. It almost makes me forget about the yews and barberries. Almost.

— Brian Wildeman is a designer with Landscapes by Dallas Foster and Keep Evansville Beautiful’s 2010 community volunteer of the year.