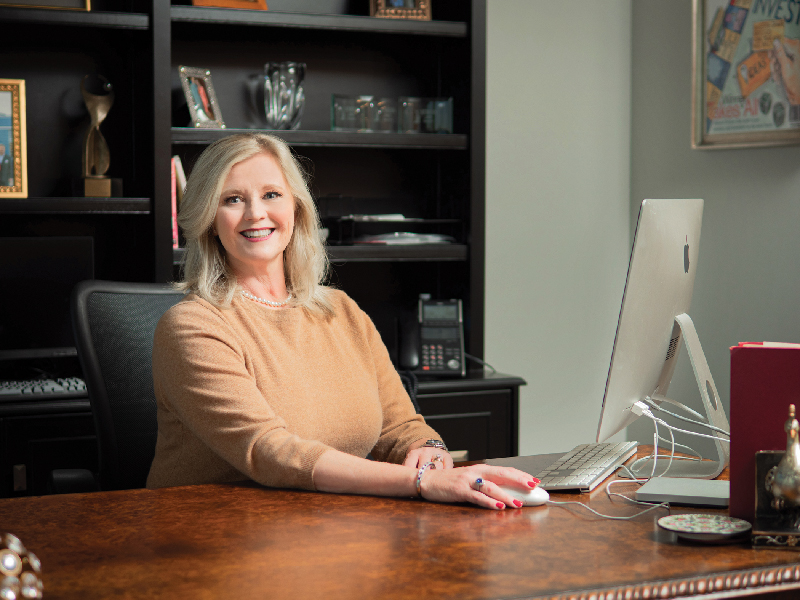 “Why not Evansville?” Those are the three words that inspired this magazine and the question that no doubt has been the impetus for countless ideas taking root here in the River City. It’s what Susan and John Pickens asked when they visited us just a year after our doors opened. An Evansville Living Idea Home, they pitched, like the “Southern Living” Idea Houses they had enjoyed touring through the years. We agreed: Why not Evansville? The first Evansville Living Idea Home opened for tours in September 2003 in what was then the new neighborhood of Sutherland on Evansville’s far East Side. Idea Homes were then built in 2005, 2007, and 2009. The 2010 Evansville Living Idea Home was a completely remodeled home in the Washington Avenue Historic District, and we are proud to have won a national award for the project. During the recession following that time period, builders understandably were not as interested in constructing speculative homes. We put the Idea Home on a hiatus; not forgotten, but the time was not right.

The right time came again in late 2018 when residential home builder Corey Hirsch, who was accumulating recognition for his award-winning new homes, let us know about a very unique home his company had been contracted to construct in Victoria Estates in Newburgh, Indiana. Could it work out to be an Evansville Living Idea Home? Together we met with the owners, Drs. Hubert and Maricel Reyes (with whom we already were acquainted through the Newburgh Sea Creatures competitive youth swimming program). Maricel and Hubert were interested in the charitable component of the Idea Homes we had produced, and they were happy to share the building of their home with readers of this magazine. Ground was broken on the Evansville Living Idea Home in August 2019, and in each magazine issue since, we have included an update on the home.

As we know, the right time for the Idea Home also was the time of the pandemic, ultimately preventing public tours benefiting Ronald McDonald House Charities of the Ohio Valley. In determining how we might still produce the Idea Home signature project and even widen the audience that views it, we again asked, “Why not Evansville?” We set about producing the 2021 Evansville Living Idea Home as a virtual and print tour. We partnered with WNIN Channel 9 working with their television and production pros Bonnie Rheinhardt and Sarah Downs to produce a 30-minute tour of the Evansville Living Idea Home 2021 airing at 7 p.m. on Thursday, May 27 on WNIN. Inside this magazine, beginning after page 48, is the special Idea Home insert, 48 pages completely about the home and the companies that worked together with Hirsch Custom Homes and the owners to build the remarkable space.

Of course, we — along with the Reyes family, Hirsch Custom Homes, and the Idea Home sponsors — regret we could not invite you to personally tour the Evansville Living Idea Home. We hope you enjoy this special issue and tune in to WNIN Channel 9 at 7 p.m. on May 27 to watch. Look for the virtual tour to be linked to Evansville Living digital platforms, as well.

May is looking up! Please be safe and well. As always, I look forward to hearing from you!