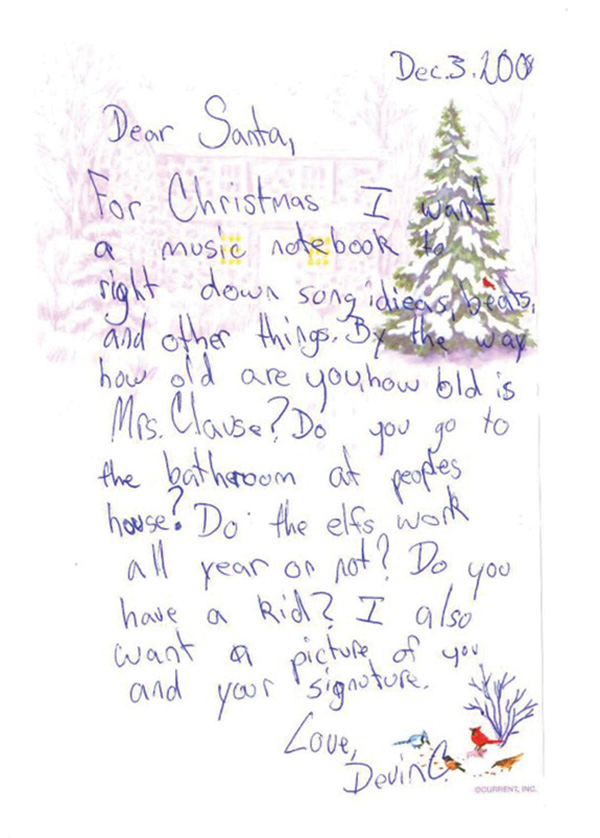 The small town of Santa Claus, Indiana, is known for family fun at Holiday World & Splashin’ Safari, but it also is beloved by children sending Christmas lists to Santa. The town receives more than 20,000 letters to Santa every year with more than 200 volunteer “elves” spreading Christmas cheer and responding to each and every letter sent in from believers across the world.

The jolly tradition dates back to 1914, when James Martin, a Santa Claus native, noticed a multitude of letters addressed to the big guy up north were left unanswered. He decided to get a group together, respond to all the letters, and keep the Christmas spirit alive. Today, those volunteers are known as Santa’s Elves and they continue the tradition of making sure each letter sent in by a child receives a reply from Santa. In 2015, Pat Koch (who worked with her husband Bill Koch to start Holiday World and Splashin’ Safari) published a book titled “Letters to Santa Claus,” showcasing more than 250 letters sent to the town of Santa Claus over the last 100 years.

If you wish to send a letter to Santa, simply mail your message to Santa Claus, P.O. Box 1, Santa Claus, IN 47579 with a legible return address by Dec. 20 to receive a response from Santa and his elves.