As a self-proclaimed book person, it is no surprise Keach Hagey wrote one of her own. Her new work “King of Content” explores the life and story of Sumner Redstone, majority-voting shareholder of media companies CBS Corporation and Viacom.

Hagey knows a thing or two about media. As a reporter on the television beat for the Wall Street Journal, it has been her job for more than six years. Evansville Living sat down with Hagey during her October visit to the city to learn more about her career, her book, and how her local roots formed her love for all things literature.

What made you pursue a career in journalism?

Keach Hagey: I grew up going to Willard Library a lot, and there were books around all the time. I’m a book person, my parents are book people, and it was a great place to grow up if you’re into that. I found my way to journalism because I wanted to write.

How has growing up in Evansville shaped you?
KH: Evansville is a wonderful place to grow up. I grew up feeling like I was in this very warm nest. When my parents come to visit me in New York, my dad will say hi to everyone on the elevator. I just have to nudge him and say, “Dad we don’t do that here.” People here in Evansville are friendly. 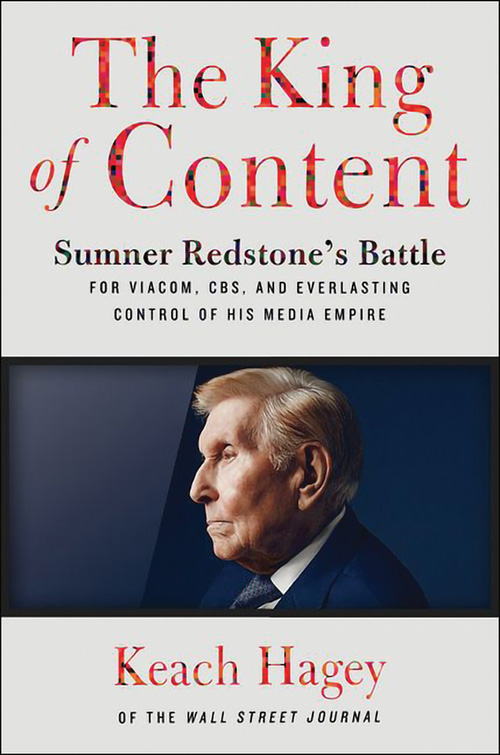 Why did you decide to write your book “King of Content?”
KH: I cover the television beat and big media companies including Viacom, which owns MTV, Nickelodeon, and other channels like that. Viacom is one of two companies Sumner Redstone controls, and I started writing about him because Viacom was going through a tough time.

That reporting essentially led to the book. Harper Collins came to me after a few months of my reporting and asked if I’d ever be interested in writing a book about him. I love writing and always had wanted to write a book so I jumped at the chance.

What was the process of writing a book like for you?
KH: This book involved a lot of historical research, which I love. It was really fun, kind of dangerously fun for me because I can just go down a rabbit hole and never come back.