In October 1928, Evansville was preparing to take to the air. The city already had agreed to purchase more than 200 acres around the Heerdink farm along the Dixie Bee Highway and Petersburg Road for a municipal airport. The sale of $190,000 in city bonds had been authorized to pay for construction and B. Russell Shaw of St. Louis had been hired to design the new airport. The impending opening of both airmail and passenger services to Evansville rushed construction work so that at least temporary facilities would be completed in time. 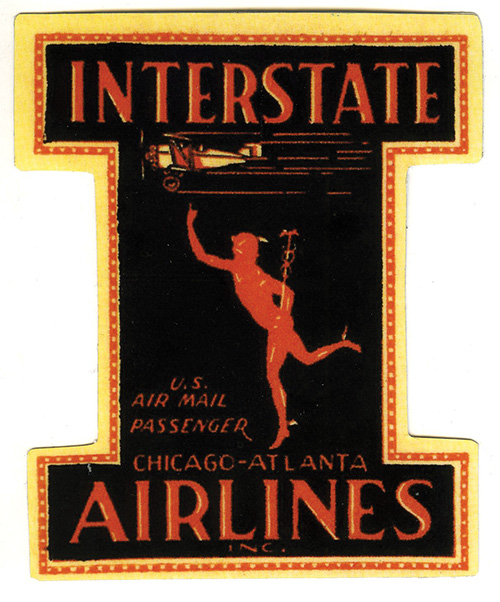 Anticipating events, the Evansville newspapers announced on Oct. 11, 1928, that a huge celebration to inaugurate air service and to dedicate the airfield would be held Oct. 19. At least five planes would bring business and professional men interested in aviation to the celebration. On Oct. 19, thousands of people gathered at the airport to welcome the planes.

The first to arrive were three army observation planes from Dayton, Ohio. When the large Ford trimotor transport carrying businessmen from Chicago landed, cheering crowds broke through the police line and got dangerously close to the still spinning propellers. Later, a lucky few from the crowd were taken on short flights. At times, there were 10 different planes on the ground for the crowd to look at. 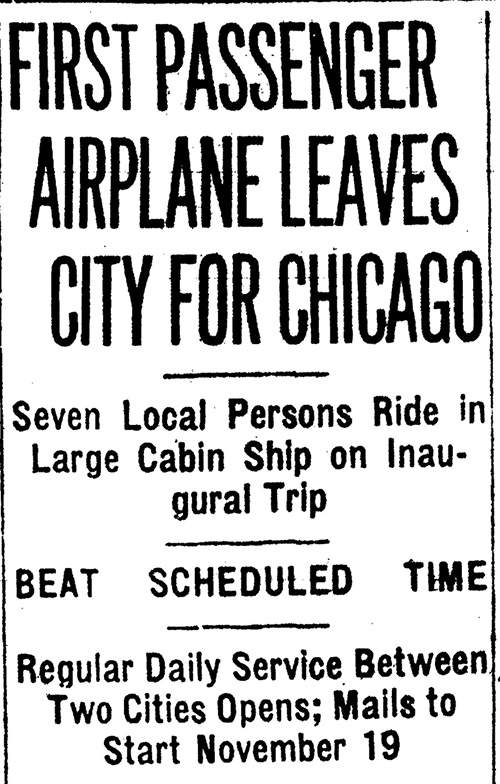 The activities at the airport served as an official welcome to Interstate Airlines. Interstate, later a part of American Airlines, had received the government contract to provide airmail service between Chicago and Atlanta. Evansville, with connections to St. Louis and Louisville, became a crossroads on the route. At a banquet held at the McCurdy Hotel, Lt. Governor Van Orman, the president of Interstate Airlines, the head of aeronautics for the Commerce Department, and others spoke by live broadcast on WGBF of the potential for commercial aviation in Evansville.

At 12:05 p.m. Nov. 10, 1928, commercial aviation began at Evansville with the arrival of the first scheduled flight from Chicago. Two hours later a plane with six passengers including two women left on the return flight to Chicago. Over the next few weeks there were additional “firsts” at the Evansville airport. Airmail service to Chicago began Nov. 19 and both airmail and passenger service to Atlanta began Dec. 1.

Work at the airport took longer than anticipated. Changes made to the original plans meant the airport’s official dedication was put off until June 16, 1930. The events of the fall of 1928 put Evansville on the commercial aviation map.

Ninety years later, the Evansville Airport completed an overhaul of its security technology into a central security line, bringing it up to date with TSA requirements. The work was just a fraction of the $20-million airport renovation project underway.