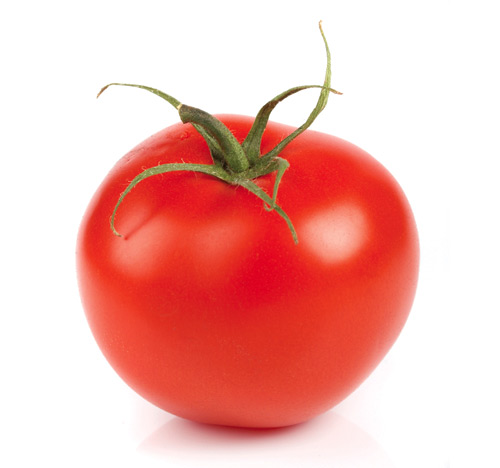 The world’s most popular vegetable actually is a fruit. For years, there was much debate on whether a tomato is a fruit or vegetable, but the general conclusion now is that a tomato is classified botanically as a fruit but as a vegetable for its culinary purposes.

In the kitchen, chefs may have a shortage. Earlier this year, a January freeze in Florida wiped out much of the Sunshine State’s winter tomato harvest — one of the biggest suppliers of the fruit. The shortage has increased prices within the fast-food industry and grocery markets.

Fortunately, in our climate, summer is the time to plant tomatoes. They are easy to grow, and by late summer, they can produce more fruit than you might be able to consume. Some Evansville residents even sell their tomatoes to local restaurants.

To cash in on the tomato trade — or to simply have some for your own kitchen — remember a few tomato facts. Tomatoes love the sun. They grow best in rich, well-drained soil. To care for tomatoes, routinely water once planted and support as they grow.

They either can be started by seed in the spring or by seedlings that already have been germinated, available at local greenhouses. The hundreds of varieties range from small cherry tomatoes (great for salads) to large beefsteak or Better Boy tomatoes (great for sandwiches). Many heirloom varieties are popular with the home gardener. The heirlooms generally produce less fruit than traditional varieties, but they often have stronger tastes and unique colors. When looking for a tomato that fits your taste, ask your local greenhouse for a recommendation.

Homegrown tomatoes have other advantages. As with many commercially grown crops, mass-produced tomatoes often lack the same great taste homegrown tomatoes have. Often, the kind of tomato that is mass produced is grown for its disease resistance and high yield of fruit — rather than for its superior taste. Occasionally, farmers pick tomatoes from the vine while they are still green and not ripened. Later, they are chemically treated to change color before being sold.

For possible future shortages, preserve any extra tomatoes you have. My grandparents and I can any spare tomatoes and tomato juice that they have every year. It works for pasta sauce, chili, or vegetable soup during the winter.

Brian Wildeman is a graduate of Purdue University’s Landscape Horticulture and Design program. He is a designer with Landscapes by Dallas Foster, Inc.