Top of the World

Olivia Taylor took her first dance class when she was 2 years old. The 12 year old has been dancing ever since.

“I started out taking one hour of dance per week, and then just kept adding more and more,” says the Castle North Middle School seventh grader. “I have not stopped dancing since, and now I train six to seven days per week.”

Her hard work and time over the past decade paid off when she was selected to represent the U.S. at the International Dance Organization World Dance Championships in Rawa Mazowiecka, Poland, in December — a competition that brings together jazz, contemporary, and modern dancers from 90 countries.

Olivia, who studies classical ballet at Studio 321 and has been part of Thrive Dance Company in Evansville since she was 5, had never competed on an international level until the IDO championships. After auditioning for the team, she was selected to perform in a duet, two ensemble pieces, and be one of three junior soloists. The youngest in her age division, Olivia placed 12th in her contemporary solo and sixth in the world for her junior contemporary duet.

“We love how dance has transformed our shy wallflower into a young lady who can express herself through movement on stage,” says Olivia’s mother Erika Taylor. “There was a time when Olivia would not speak to anyone outside of our immediate family — she was that shy.”

Not only did the competition give Olivia an opportunity to improve her skills and fuel her passion, but it also provided the opportunity to experience dance on a global scale. 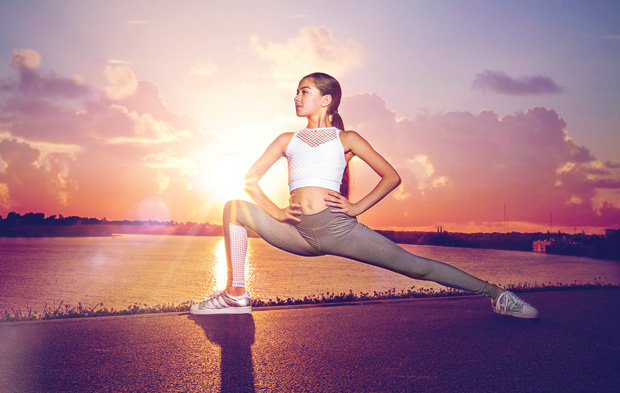 ▲ WINNER, WINNER // Above, 12-year-old Olivia Taylor has been learning dance since she was 2 (Photo by Jessie Seib Greer). Top right, duet partners Whitney Stewart of North Little Rock, Arkansas, and Taylor, right, receive their medals at the International Dance Organization World Dance Championships in Poland where they placed sixth in the world for their junior contemporary duet.
Share
Facebook
Twitter
Previous articleRed, Repurposed
Next articleVanderBurgh Turns 200