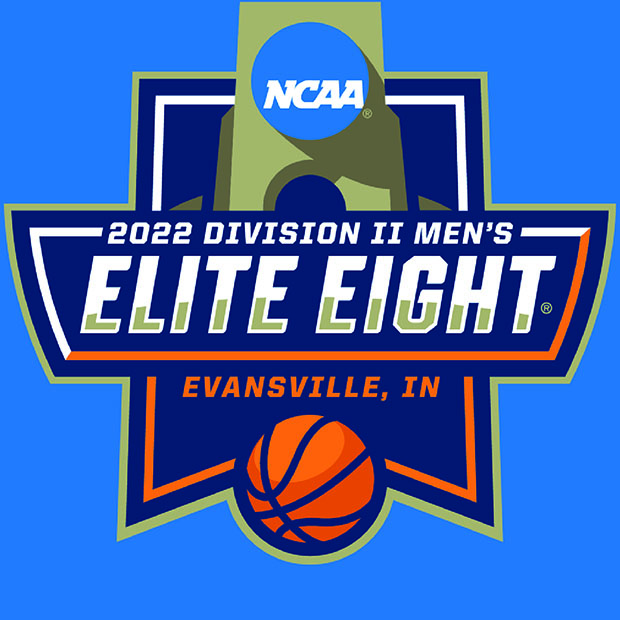 For the second time this month, Evansville’s Ford Center welcomes college basketball teams from across the country, as the NCAA Division II’s elite squads face off in the Men’s Basketball National Championship this week.

The DII Elite Eight kicked off Tuesday with No. 5-seed Northwest Missouri State University defeating No. 4 Bentley University 61-43, followed by No. 8 Black Hills State University upsetting No. 1 Nova Southeastern University 77-67. Later that evening, No. 2 Indiana University of Pennsylvania held off No. 7 Hillsdale College 67-55, and No. 3 Augusta University outlasted No. 6 California State University, Chico in overtime 81-69.

In today’s Final Four, Black Hills State will take on Northwest Missouri State at 3 p.m. and Indiana Pennsylvania will face Augusta at 5:30 p.m. The winners of the semifinals matchups will clash in the championship game Saturday at 2 p.m.

This is the 26th time Evansville has hosted the Division II Men’s Basketball National Championship. Roberts Stadium held the first title game of the newly established NCAA College Division Championships from 1957 through 1976. (The College Division was split into DII and DII in 1973.) The DII Elite Eight then moved to several locations before returning to Roberts Stadium in 2002, and then appearing at the Ford Center at 2014 and 2015.

In 2019 and 2021, the championships again took place in Evansville. The River City also was scheduled to host quarter- and semifinal games in 2020 before the entire tournament was canceled due to the COVID-19 pandemic.

The reappearance of the championship tournament in recent years has largely been spurred by the Evansville Sports Corp., an organization formed in 2010 to bring major sporting events to the region to stimulate economic impact.

Tickets are still available for games at this week’s DII men’s tournament at $27.40 for single general admission. Call the Ford Center box office at 812-422-1515, visit in person, or buy tickets online at fordcenter.com.

Photos provided by the Ford Center.