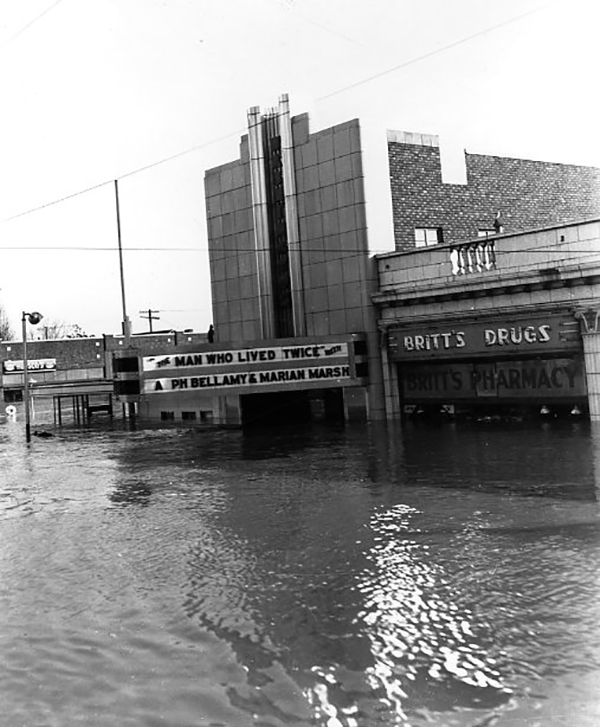 January and February have historically been bad months for weather in Tri-State and no, we’re not just talking about ice storms. For this week’s Throwback Thursday, we remember the Great Flood of 1937 that surged through the streets of Evansville in what became one of the worst natural disasters in the city’s history.

In late January 1937, after more than a week of downpours, and even an ice storm and snow, the Ohio River peaked at 53.74 feet – almost 19 feet above the flood line.

In this photo from the Willard Library Digital Archives, the flood sent the Washington Theater, which had opened just a few weeks before the flood arrived, underwater along with 500 city blocks and all of Union township.

Nearly 7,500 buildings were damaged, costing the city what would amount to $300 million today. The Ohio River didn’t recede to normal levels until Feb. 19.

The flood broke several records, including those set by another flood in the region just 24 years earlier. 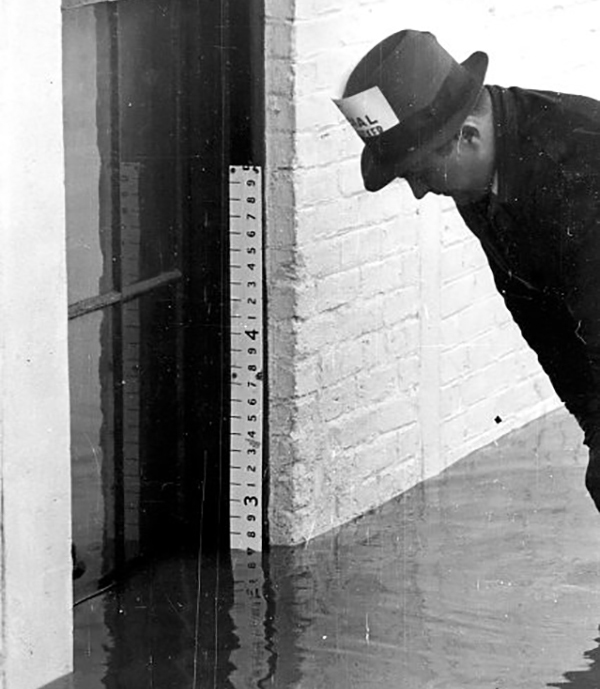 In total, the Great Flood spanned about 13,000 square miles, killed 385 people, and left a million people homeless from Illinois all the way to West Virginia.

The flood caused irreparable damage to the city, but it eventually recovered. The Evansville Levee Authority was established shortly after in 1939 through the passage of the Flood Control Act. The federal government funded Evansville and Vanderburgh County $55 million for the project.