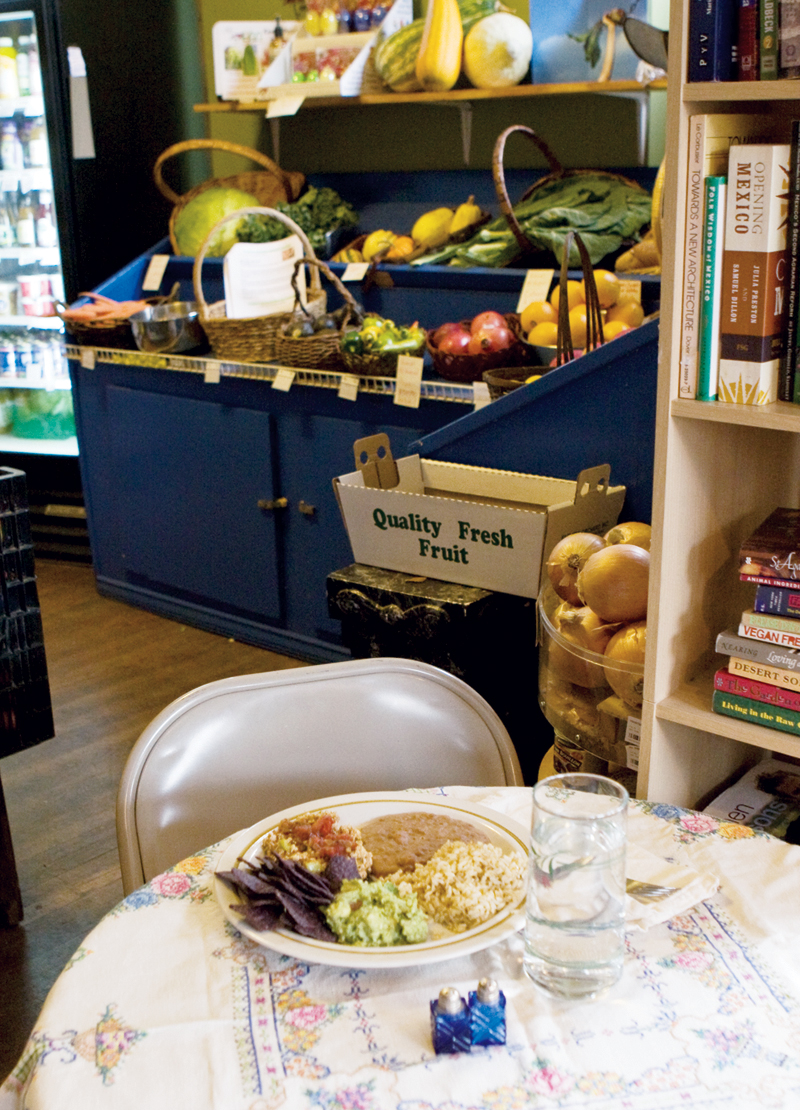 It’s healthy, it’s fresh, and it’s real food — made from organic produce and whole grains with nary an artificial ingredient. The catch? Eating lunch at the River City Food Co-op (116 Washington Ave.) demands a little leap of faith. Until you arrive, you never know what’s cooking at this historic home turned whole foods store. Thankfully, the consistently good lunches, served only on Mondays from 11 a.m.-2:30 p.m, make this less of a drawback and more of an adventure.

The co-op began serving meatless meals a year and a half ago, when employees such as Melissa Dyck noticed “a lot of produce gets thrown out because it goes bad before it sells,” she says. She realized that with just a bit of planning, many fruits and veggies could be transformed into healthy, tasty meals instead of hitting the compost heap.

Every Monday morning, Dyck and fellow employee Claire Helfrich research recipes based on seasonal produce. Often aided by volunteers, they whip up a vegetarian or vegan dish (a soup, entree, or assortment of a la carte items, usually priced under $6) and dessert for patrons.

It’s a bare-bones operation, but what the Monday lunches lack in finesse, they make up in wholesomeness. One day, the co-op served fried brown rice with chard, carrots, onions, and ginger with a choice of egg or tempeh. (“It’s like tofu that’s been to college,” quipped one patron, describing the nutty-tasting soy product.) The dessert, apple pie with an oat crust, proved that healthy treats can be delicious, too. “Restaurant food can be local and in season,” Dyck says. “This encourages people to think of different ways to use produce.”