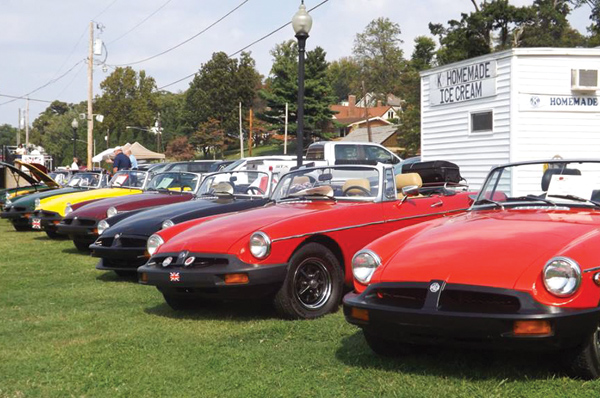 This year, the 21st Annual British Motor Car Day on the River will do more than promote British-made vehicles; it will auction off a restored classic car for charity for the first time.

The Southern Indiana Region British (S.I.R. BRIT) Car Club has around 50 local members; members who live in Kentucky are called S.I.R. BRIT South. The club began 20 years ago, after holding their first car show in Downtown Evansville. Every year since, the car show has been in Newburgh, Indiana.

The car auction will feature a newly restored 1970 MGB. Proceeds from the auction will be donated to the Easter Seals Rehabilitation Center. Funds raised from the car show go to the Dream Center of Evansville. This year the event also is held in memory of Jim Barrow, a founding member of the club and an active member in the British car scene. Barrow owned an MG dealership, located where the Pet Food Center in Newburgh, Indiana, now sits. “Jim had a love for British-made vehicles and was always willing to help people fix their cars,” says Dave Mullins, chair of the event.

For more information about the 21st Annual British Motor Car Day on the River, visit sirbrit.com, sirbrit.blogspot.com, or their Facebook page.