Where Did You Go to School?

It’s one of the first things we ask new acquaintances: where did you go to school? And we’re not asking where that person went to college. It’s all about high school. In Southwestern Indiana, each high school comes with its own identity. Being Panthers, Knights, Tigers, Bears, Pioneers, Vikings, Wildcats, or Huskies still means something, even years after graduation.

When Evansville Vanderburgh School Corp.superintendent David Smith says the loyalty to our high schools is because of the great mascots, he’s only partly joking. “No seriously, think of our city,” says Smith. “It really is a big, small town — where people care and relationships matter — and the same can be said about our high schools. It’s the focal point of one’s life. It’s where friendships are developed that stay with you the rest of your life.

“And just like Evansville, our EVSC high schools represent the best of both worlds: they are large enough to have the diversity of thought and ethnicity that helps to fully prepare students for their future; and small enough that you often know most of your classmates, and have developed friendships with many.”

So in this issue, we celebrate what we loved about our high schools, and what makes each one of them special. 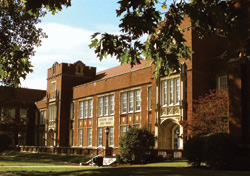 Who it is named after: Benjamin Bosse, who served as Evansville’s Mayor from 1914 until 1922, when he died in office. Bosse helped with the early funding for the school, which would eventually bear his name.

Enrollment: 712 (Making it the smallest of the five EVSC high schools.)

Notable academic programs: The International Baccalaureate: According to the EVSC’s website, this is a “comprehensive liberal arts program for high school juniors and seniors.”

Academic achievements: Bosse’s band marched in the Orange Bowl in Miami on New Year’s Eve in 1971. The band also marched in the opening ceremony of the Summer Olympic Games on Aug. 26, 1972, in Munich, Germany.

Honors and awards: U.S. News and World Reports awarded Bosse with a bronze rating in 2013 and 2014.

Adjective to describe the school: Historic. The school is located in the Lincolnshire Historic District on the National Register of Historic Places. 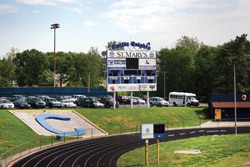 When it opened: 1959, as a consolidation of Newburgh and Chandler high schools. The original building is now Castle North Middle School. The new building opened in 1975. Additions were completed in 1986, 2004, and 2009.

Who it is named after: John H. Castle, who donated land for the original school.

Fun fact: In April, a Castle teacher took some students to Southern Illinois to watch a snake migration, which is exactly what it sounds like. 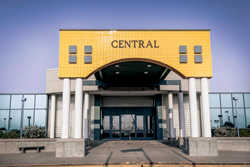 When it opened: Sept. 4, 1854. Originally named Evansville High School, it received its designation as Central when Reitz High School opened in 1918. The current building opened in 1971.

How it got its name: It was called Central because the school was, at that time, located in the center of Evansville. Today, the site is a parking lot for the YMCA.

Notable academic programs: Central has more than 12 Advanced Placement courses as well as partnerships with local colleges that provide the Bears with the chance to obtain dual high school and college credit. Central also offers the Early Childhood Education program.

How it got its mascot: Central students have been called the Bears since the mid-50s. Central purchased its first Bear mascot costume after moving to a new building in 1971.

Fun fact: The first sport played at Central (then Evansville High School) was football in 1896. The team was made up of 13 students and two teachers.

Adjective to describe the school: Supportive. 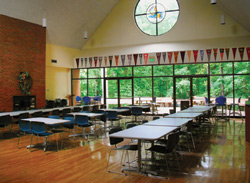 When it opened: 1946. It started solely as a preschool. Grade levels were later added to the school until it became what it is today, preschool through grade 12.

How it got its name: The school was patterned after New England schools at the time, which were called country day schools.

Academic achievements: The school has a 100 percent graduation and college acceptance rate, and was the 2013 Science Academic Superbowl champion.

Sports achievements: 2012 boys’ basketball sectional champions, two golfers advanced to the regional round of the state tournament in 2014.

The mascot’s name: Ed the Eagle. The Eagle is seen as a high-flying, independent bird that shows outstanding leadership.

Fun facts: In 1958, the school added primary school grades and moved into the former Austin Igelheart family residence at 800 Sunset Ave. At the time, it had 80 students. The current location on N. Green River Road opened in 1968, and recently completed a large expansion.

Adjective to describe the school: Independent.

Information and photo provided by Emily Shockley and Kate Meacham. 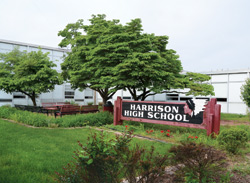 When it opened: September 1962, making it the newest high school in Evansville, six years younger than North.

Who it is named after: William Henry Harrison, who was a general in the War of 1812 and a territorial governor of Indiana. In 1840, he was elected as the ninth president of the U.S. He died of pneumonia after a month in office.

Notable academic programs: The Randall T. Shepard Law Academy, which now is offered to all grade levels. The CFCO — Center for Community Outreach — connects students to organizations in the Evansville area that help the community. Harrison also is home to the EVSC JROTC program.

How it got its mascot: Harrison became the Warriors with a student vote held in the first year the school opened. The school colors were chosen in the same manner. The original official mascot was an American Indian named Little Red.

Adjective to describe the school: Diverse. The students are all Warriors and all come together to create one tribe. 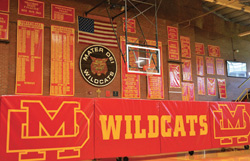 How it got its name: Mater Dei is Latin for “Mother of God.” She is the patroness of the school.

Notable academic programs: Every student takes two semesters of theology per year and is encouraged to complete 50 service hours by the time they graduate. The school has a strong theater program. The student council is modeled after a U.S. city council.

Academic achievements: The supermileage team earned $4,500 in the Shell Eco-Marathon in 2014 in Houston. They won first place in a category this year, and have won as many as four in past years. The school newspaper won 22 awards in 2014 at the University
of Southern Indiana’s Media Day.

The mascot’s name: Willy the Wildcat.

Adjective to describe the school: Proud. 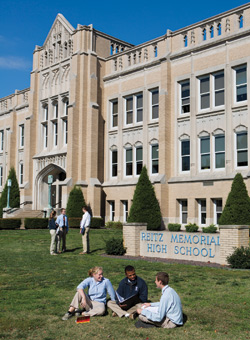 When it opened: Jan. 5, 1925. Boys and girls were taught separately. It was dedicated by Bishop Chartrand of Indianapolis Jan. 1, 1925

Who it is named after: Francis Joseph Reitz, an Evansville banker, civic leader, and philanthropist, who donated the money for the school and picked out its location. It took Reitz nearly a year to choose the site, which he wanted to be accessible by streetcar.

How it got its mascot: In 1925, when Memorial opened, boys at the school were taught by the Brothers of the Holy Cross. That same year, the Brothers sent missionaries to Bangladesh, where they marveled at the wild tigers.

Fun fact: Memorial didn’t have its own varsity gymnasium until 1969, when a new wing was added to the school. 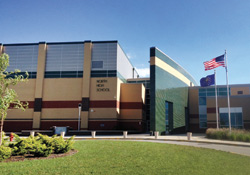 How it got its name: It was constantly referred to in school board meetings as the “new North Side school.”

Notable academic programs: North was the first high school in Evansville to have a musical. The school is divided into SLCs (Specialized Learning Communities): STEM, Business and General Studies, and Arts and Humanities.

How it got its mascot: The Husky name won a vote by students in 1956. The colors also were voted on, and green and white were chosen to represent evergreen trees and snow, in keeping with the North theme. The other option was the Rams, with colors of black and gray. 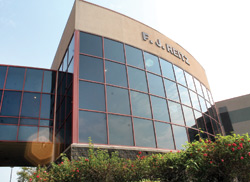 When it opened: 1918, but was not fully accredited until 1921. The school board was very reluctant to build Reitz High School. It was a group of women known as the Centennial Club, claiming that Evansville High School was too far away for West Side families, that finally won approval. The building underwent a major, badly-needed renovation in 1998.

Who it is named after: Francis Joseph Reitz, a banker, civic leader, and philanthropist. Reitz financed both F.J. Reitz and Reitz Memorial high schools. 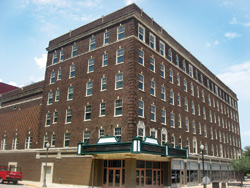 When it opened: 1992, as a half-day program. Signature’s charter was approved in 2002 and it started as a full-time high school that August.

Who it is named after: No one in particular. Signature is named to recognize the signatures on the charter and the agreement between the students and staff to pursue excellence.

Academic achievements: Signature has had nine National Merit finalists, one semifinalist, and five commended scholars. It is the top-ranked high school in the Midwest, according to U.S.News and World Report. The Washington Post named it the sixth-most challenging high school in the nation. It has 100 percent senior Advanced Placement participation, and 72 percent of exams were a 3 or higher. In 2013, there were 46 AP Scholars, 11 Scholars with Honor, 48 AP Scholars with Distinction, and 14 National AP Scholars. Students at Signature have earned nearly $16 Million in scholarship dollars since it opened.

Sports achievements: Signature does not field teams in most sports. One student has qualified for the girls’ cross country regional, and two students advanced to the girls’ golf regional.

Fun facts: Signature School does not have a cafeteria. Students either bring a lunch or eat at a Downtown restaurant. The main building is attached to the Victory Theatre and was originally the Hotel Sonntag.

Adjective to describe the school: Dynamic.