Winter Blast from the Past 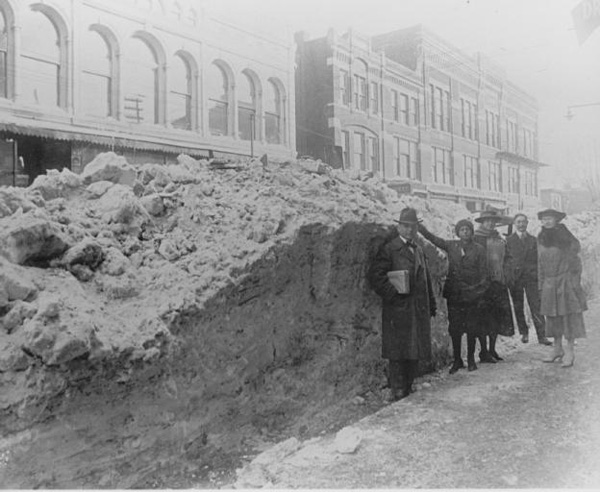 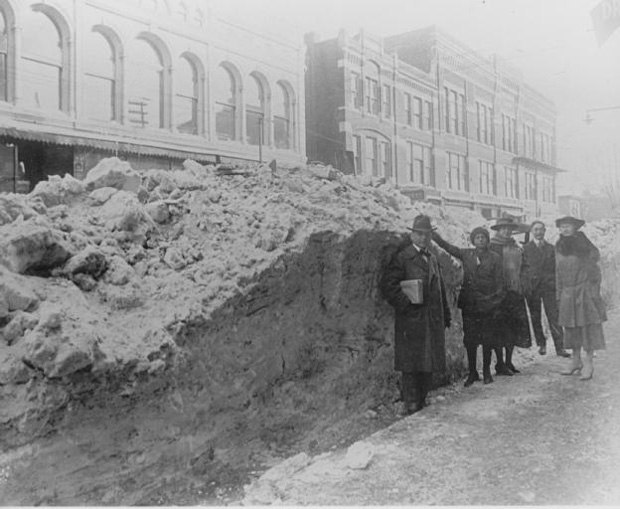 Bundled up in coats, gloves, and scarfs, Evansvillians across the city may be grumbling about the cold chill that’s settled in River City in the last few weeks. But with no winter weather advisories so far and even less considerable snowfall, this winter has been milder than most. And things could be a lot worse — 103 years ago our ancestors were in the worst snowstorm in Evansville history.

In this photo from Willard Library, a group of unnamed residents can be seen standing against snowbanks that rise far above their heads on the 200 block of Main Street. These piles of solid frozen snow were created after residents made attempts to shovel streets and sidewalks.

While Evansville may be cold and dreary for a few more months, we’ll take the nippy weather of winter 2021 over a historic blizzard any day!