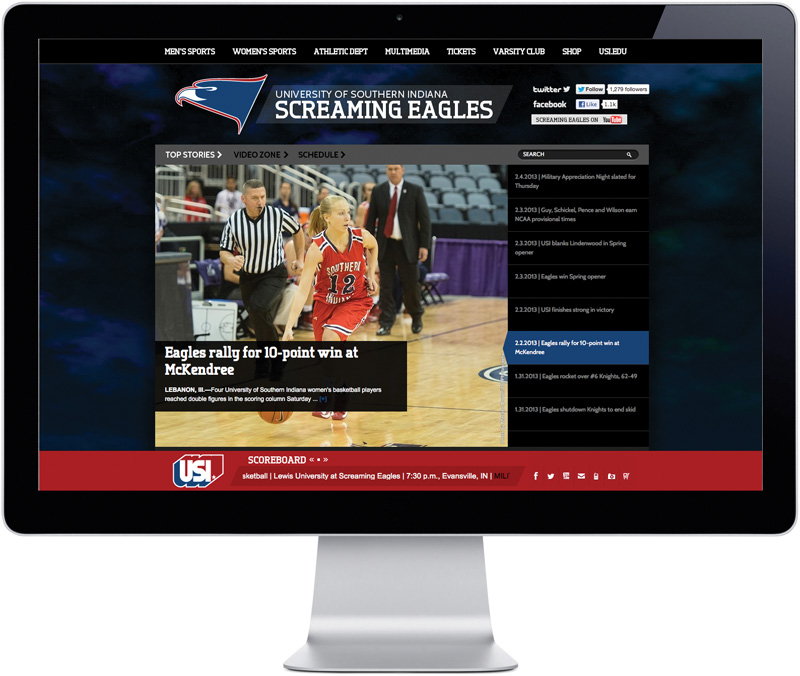 Whose Site Is It? These days, people want direct access to see replays of the diving catch made in the outfield or the thunderous dunk from the night before. That’s why the University of Southern Indiana has redesigned its Screaming Eagles website. Sports fans who visit gousieagles.com have direct access to the university’s seven men’s and eight women’s athletic teams.

Daily updates of recent games give fans access to scores, stats, and highlights to stay current with their favorite Screaming Eagles athletic team. Whether it is men’s and women’s soccer in the fall, baseball and softball in the spring, or everything in between, the new website has something for every fan.