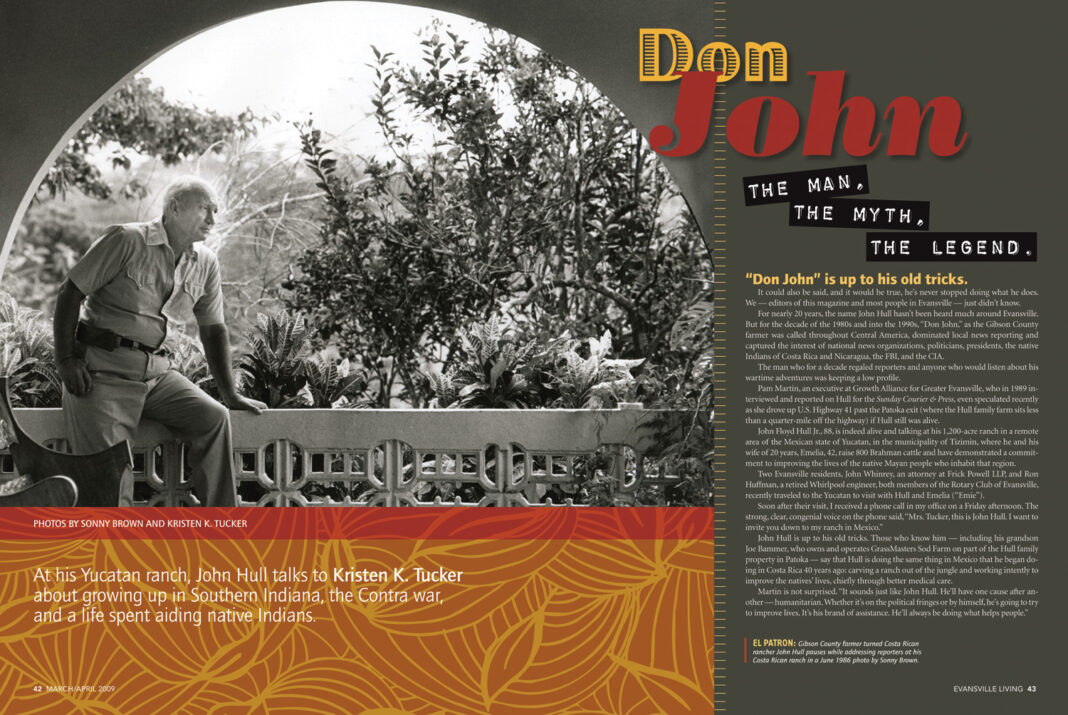 The feature story for the March/April 2009 issue of Evansville Living, “Don John: The Man, the Myth, the Legend,” revealed the struggles of John Hull, a Southwest Indiana farmer who divides his time between his crops in Posey County and Yucatan, a Mexican state. Then, Hull had tapped the Rotary Club of Evansville to help bring medical equipment to the underdeveloped parts of the Yucatan jungle in the Tizimin municipality, and Rotary members, led by John Whinrey and Ron Huffman, were raising funds.

After Jason Blue read the story, the inspired vice chair of the St. Mary’s Foundation board knew who to ask for help: Tom Lilly, senior vice president of St. Mary’s Foundation Operations, an organization dedicated to expanding the healthcare ministry of St. Mary’s Medical Center. Lilly called St. Mary’s president and CEO Tim Flesch. In one day, Blue says, the Yucatan people had a new ambulance, donated by the American Medical Response, and over the next year, St. Mary’s donated more than $1 million in medical equipment.

“The project is bigger than one or two shipments,” says Blue. “A big key is we are trying to focus on things that are sustainable. We don’t want to fix things temporarily.” One example: Yucatan medical professionals at an already existing clinic will use this ambulance. “They’re willing to go (to the jungle),” Blue says, and they stopped medical care there due to lack of equipment.

A problem remains. Shipping large equipment into a foreign country involves much governmental red tape, says Blue. Those difficulties have left the ambulance in Evansville, but since September 2010, Blue and other longtime Rotary supporters of the project have had reason to believe the medical equipment soon would reach Yucatan after Hull and his wife Emie visited Evansville with Jose Dolores Mezo Peniche, president of Tizimin, and a host of other Mexican dignitaries. Peniche made several stops in Evansville to thank donors and promised the medical equipment soon would make a practical impact. Blue says: “We’re further along than we’ve ever been.”