There is a familiar face now leading the University of Southern Indiana men’s basketball team. Stan Gouard has replaced previous head men’s basketball coach Rodney Watson upon his retirement after 11 seasons with the team.

Gouard has a long history with the university and Evansville community, playing as a student athlete from 1993 to 1996 and helping the team win the NCAA Division II championship in 1995. After an international playing career, Gouard returned to USI as an assistant coach from 2001 to 2002. He is back at the university after 12 years as the head coach at the University of Indianapolis. 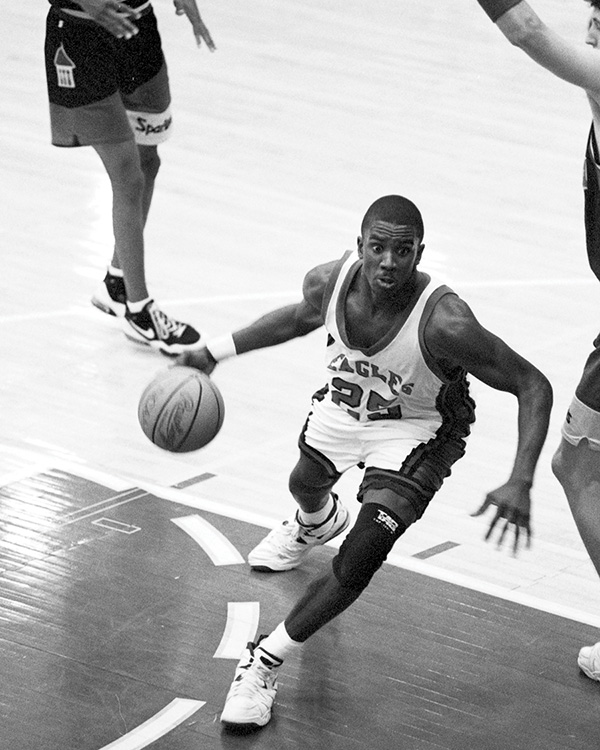 “USI is one of the premier Division II schools in the country, and I wanted to be a part of that,” says Gouard. “Based on my playing days, I just have tremendous ties and connections to the Evansville community.”

It’s an exciting time for Gouard as he returns to his alma mater with his wife Chasity, who also is a USI graduate, and 10-year-old daughter Kennedy, but it also is an exciting time for the university, with the completion of the new Screaming Eagles Arena and a fresh coach to lead the team. Gouard says his goal is to be the best rebound and defensive team in the country. If they can achieve that, they have a good chance of making another run for the championship.

“I want to make sure I connect with these guys, not just on the basketball court,” says Gouard. “I think that is what coaching is all about, taking something and making it better than when you received it, and I want to make these guys better people and better basketball players.”