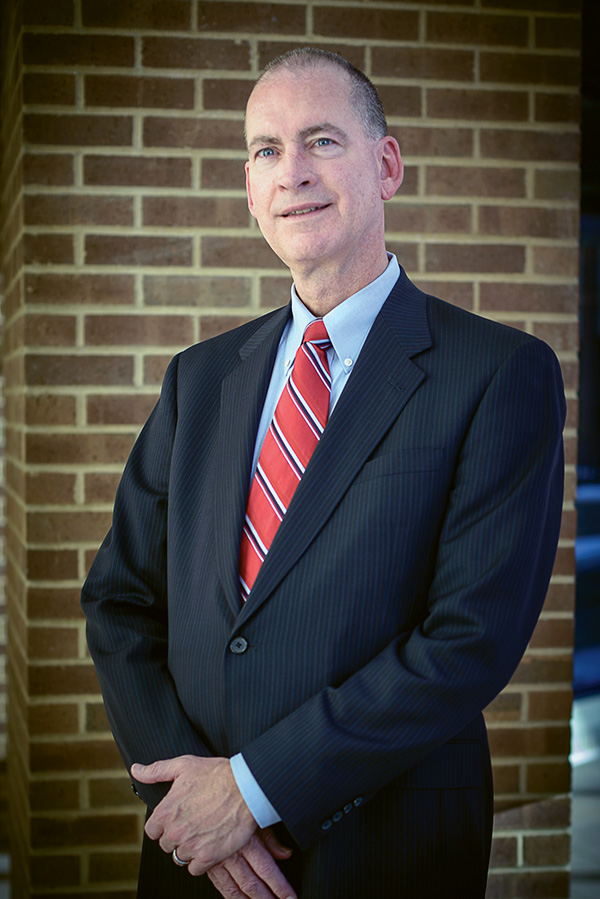 It was a phrase Charles C. Hedde, MD, had adopted as he battled cancer in late 2017. It also represents a legacy left by the longtime Vincennes, Indiana, physician — one that resonates with those who knew him.

A prominent member of the medical community not just in Vincennes, but the southwestern Indiana region, Charles Hedde was an integral part of the plan for residency programs in area hospitals through the Stone Family Medical Center in Downtown Evansville. He had plans to trade in work as an internal medicine physician and the chief medical officer at Good Samaritan Hospital in Vincennes to begin teaching the next generation of medical students at the school.

“The next chapter in his life was something he was looking very forward to, and he would have greatly enjoyed it,” says his son Chuck Hedde, a wealth management advisor with Merrill Lynch.

Unfortunately, Charles C. Hedde would pass away on Aug. 13, 2017, after a short five-week battle with cancer. He would not get to see the completed Stone Family Medical Center or walk its halls as a teacher. But his passion and leadership would live on in family, friends, co-workers, and in plans for a brand-new health education center in Vincennes.

Charles C. Hedde was a native of Lawrenceville, Illinois, and everyone who knew Dr. Hedde knew about Lawrenceville.

Upon her first meeting with Charles, former Deaconess CEO and President and newly appointed CEO of Methodist Health in Henderson, Kentucky, Linda White recalls not only the pride Charles spoke with about his hometown (where his father operated a pharmacy for more than 35 years), but how she was struck by his personality.

“He had such a mannerism about him that he was so very kind, with warm handshakes and that southern bow tie,” she says. “That always reminded me of the most southern, polite gentleman you would ever want to meet.”

Helping others was just a part of the Hedde family’s life and Charles was no exception, growing up with a desire to practice medicine. Dr. Hedde also was proud of his alma mater Northwestern University, Chicago, where he studied internal medicine. 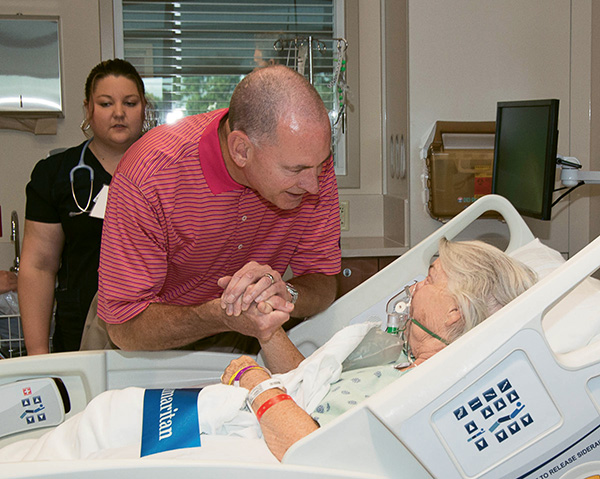 “I think he always probably had — I don’t know if you would call it a calling, but he was drawn to the medical profession, wanting to help others,” says Chuck.

Charles would practice medicine privately for 35 years after he and his wife Ann moved to Vincennes in 1981. Along with his own medical practice, he was very heavily involved with Good Samaritan Hospital, which serves the Knox County region. He became chief medical officer of the hospital in 2010 and was passionate about his role. Charles was well known for his bedside manner, his care for his colleagues, and for his undeniable love for the game of golf.

“Dr. Hedde devoted his life to the care of others — his family, his patients, his colleagues, his friends, and his community,” says White. “He always sought to do what was right at the right time in the right way.”

One of his most passionate fights was for Good Samaritan’s inclusion into the new medical school residency programs.

Good Samaritan Hospital is the anchor of medical services in the Vincennes and Knox County area. With a 158-bed facility, a wide range of services, and a staff of more than 1,900 employees, the hospital cares for more than 250,000 residents across 11 counties in Indiana and Illinois. But like many rural area hospitals, Good Samaritan is facing the difficulties of recruiting new doctors to the hospital.

With the construction of a new medical school center in Downtown Evansville, an opportunity to not only attract but also retain new medical professionals presented itself to the several medical systems in the area. However, Good Samaritan was not in the original plan.

Charles Hedde made it his mission to change that.

“I was upset, and I told Charles that this was not acceptable,” says Rob McLin, president and CEO of Good Samaritan. “And he said, ‘Patience. Be patient. I’ll find a way.’”

It was that level-headedness and dedication that many credit with the inclusion of Good Samaritan into the Southwest Indiana Graduate Medical Education Consortium — the group of hospitals, local universities, and others who came together during the plans and execution of what would become the Stone Family Medical Center.

“Dr. Hedde became the voice of Good Samaritan at meetings to influence the other members that the hospital was the right choice to be selected as a member of the consortium,” says White. “The members have never looked back on that decision to invite Dr. Hedde, Rob McLin, and Good Samaritan to join.”

That inclusion featured one aspect important not only the hospital, but to Charles as well: medical residency programs at Good Samaritan. These programs (which welcomed medical graduate students to the Vincennes hospital in July) are set to be a massive recruitment tool, opening the door for Indiana medical students to stay in Indiana upon completion of their studies. The residencies are a dream realized for many, especially Charles Hedde.

“My father-in-law was of an extremely reserved demeanor — calm, very steady,” says Natalie Hedde, director of corporate communications at Vectren, a CenterPoint Energy Company, and wife of Charles’ son Chuck. “But when he talked about the health education center, he would smile. His attention and tone would change. Behind that calm character was so much passion.”

In 2018, the Good Samaritan Foundation had a capital campaign well underway to raise the funds needed for a health education center on the hospital’s campus to house the residency programs. In November that year, at the foundation’s annual gala, an official announcement was made stating this educational center would bear the name of the physician instrumental to its formation — Dr. Charles C. Hedde. 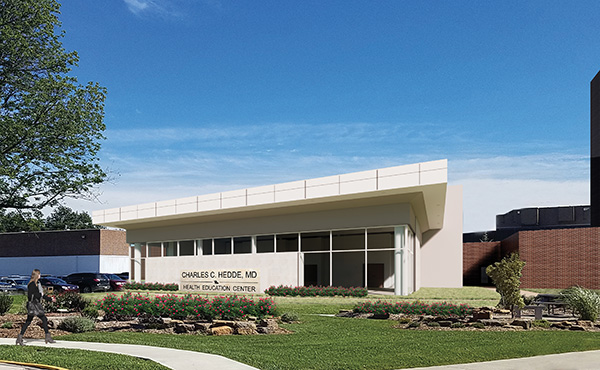 “As the events unfolded (with Dad’s illness), there never was a question about what it needed to be or should have been. It should have been what he thought he was going to be there to help facilitate himself,” says Chuck. “It became clear that it would be a tremendous way to honor him.”

On top of serving as the education center for Good Samaritan’s new residency students, the $2.5-million facility also will include space for staff and clinical training and be open for community use.

On Aug. 13, 2019, exactly two years after his passing, his wife Ann, son Chuck, daughters Elizabeth and Margaret, along with grandchildren and many other family members, friends, former patients, and colleagues gathered at Good Samaritan Hospital. Shovels in hand, the Hedde family turned over the first batches of dirt for the spot that will become the Charles C. Hedde, M.D. Health Education Center.

The construction of the facility may seem like the culmination of all the planning, work, and drive of Charles Hedde. But those who knew him say it’s still only the beginning of the doctor’s dream.

“The medical community in southwest Indiana is stronger today because of Dr. Hedde’s commitment to patient care. It is only fitting to have the Vincennes center bear his name as a constant reminder,” says White. “Dr. Hedde would say, ‘Now the work begins. Let’s fulfill our dream and create the best residencies for the medical students depending on us.’ We will make this happen.”