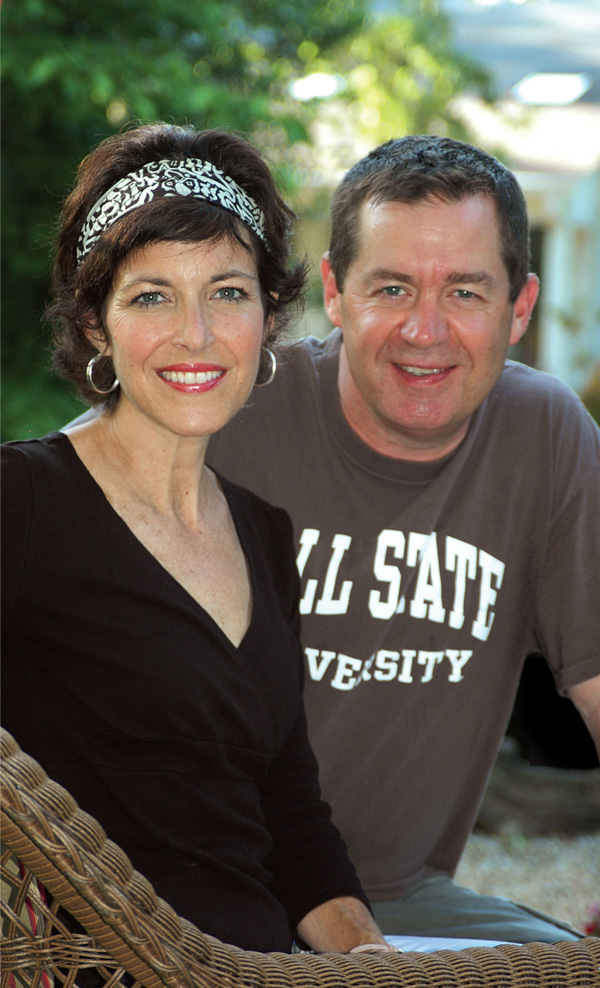 Bear with me. This is a story of hope, but I have to be honest. Once or twice a day I just want to punch something. The anger rises as the reality hits me again: my wife, Ann, has incurable cancer. I used to actually make a fist and raise it. I don’t anymore. Anger isn’t productive. It’s still there, but I don’t let it rule me.

In May of 2007 — after months of sleepless nights and excruciating, unexplained back and abdominal pain — Ann was finally diagnosed with pancreatic cancer. Surgery is the only “curative,” but because Ann’s tumor is tangled up with several blood vessels, surgery was not an option.

The prognosis for people with inoperable pancreatic cancer is so grim that one reasonable option is to do nothing more than just get your affairs in order and call in hospice. This beast kills 90 percent of its victims in the first year. Only three percent are alive after five years. Randy Pausch, the Carnegie Mellon University professor who wrote the best seller The Last Lecture after he was diagnosed with pancreatic cancer, has said he’d gladly trade his diagnosis for that of AIDS. We know what he means. Pancreatic cancer accounts for only two percent of all new cancers in the United States, but it is the fourth leading cause of cancer deaths.

We could have given in to the brutal inevitability, but we chose to fight. I’ll never forget the night we gathered our children and parents together to pray. With tears in his eyes, Ann’s father said, “I’m not that spiritual. All I know how to do is fight.” It was a defining moment: the power of God combined with the human instinct to survive.

Ann entered a clinical trial at Indiana University Medical Center. The treatment included weekly chemotherapy, five weeks of daily radiation zapped right into her gut, and a chemotherapy pill which was under trial. The goal was to shrink the tumor enough for surgery. It didn’t work. Ann got sick, threw up everything she ate, and lost 35 pounds.

Watching her dress one day I said, “Ann, you look anorexic.” She said, “No, I don’t. I look like a concentration camp prisoner.” She was right. But even at her lowest, her unconquerable beauty shone through.

Even though the tumor didn’t shrink, it didn’t grow or spread. It wasn’t the outcome we wanted, but it gave us the chance to keep fighting. Unfortunately, the treatment caused ulcers to form in Ann’s stomach. She developed serious internal bleeding and had to leave the trial in January. The blood loss plunged her closer to death than we even realized at the time.

After months of recovery, our search for the best care possible led us to Johns Hopkins University Hospital in Baltimore. Ann is now being treated with a combination chemotherapy written by her oncologist at Hopkins and administered by her oncologist here in Evansville. As I write this in early June, Ann is stable and her quality of life is good.[pagebreak]

Battling cancer is a private affair, but early on we decided to go public. The fact that we’re public people is only one reason, and it’s not the most important one. We wanted to be supported by the community. We wanted to create awareness of pancreatic cancer and the woefully inadequate funding for research. And we wanted people to know how much God loves them — even when the evidence might suggest otherwise.

Our daughter, Erin, put together a Web site, annmoore.org. What a wonderful gift it’s been. It’s an excellent way to communicate with family, friends, and people we don’t even know. I wrote the following in my first entry on the site, and I still believe it today: “Some people approach us easily. Others approach us with hesitation. And others even though they care — just don’t know what to do or say. That’s okay. It is hard. This Web site allows people to interact at whatever degree they are comfortable.”

And, boy, have they interacted. Hundreds of people have written to support Ann. Each one has been a blessing. Our families have been unselfish in their support, but to have the community behind us adds a dimension that cannot be overestimated. I truly believe it has a therapeutic effect. But here’s the thing. Ann’s openness, vulnerability, and loving spirit have had a similar effect on those following her journey.

When you get a life-threatening diagnosis, you have two choices. You can get busy dying or you can get busy living. I have been so impressed with Ann’s decision to live. I would even say that she is more alive than some people who take for granted a long life. All any of us has is today. And today will die at midnight. It will die for you and me and Ann. Don’t waste today. Be fully alive in this moment.

Now this is going to sound contrary to what I just said, but I don’t mean we should live as if this is our last day. Ann doesn’t. She has plans — long-range plans. She is working to establish a freestanding support facility for cancer patients in Evansville called Gilda’s Club. It’s named for and was started by family and friends of Gilda Radner of Saturday Night Live fame. Radner died of ovarian cancer in 1989 at age 42. Ann expects to be around to enjoy the Gilda’s Club of Evansville.

She looks forward to seeing our daughters, Erin and Meredith, someday walk down the aisle as brides, and to seeing our son, Andrew, receive his bride. She’s extremely excited about spoiling grandchildren. And she talks about being one of the little old ladies who totter into church and sit in the same pew every Sunday (wow, I hope I’m there for that).

Ann did have to give up her jobs at the Chamber of Commerce of Southwest Ind-iana and the Small Business Development Center, but she carries on in her other roles. She is the lay leader at our church, Aldersgate United Methodist, where she recently organized and facilitated a weekend retreat. She continues her ministry to young people through the youth group at church and to the Chrysalis community of believers. She tends to her beautiful flower and vegetable garden. And she continues to create delicious dishes for our family and friends.

Seeing Ann’s approach to life and cancer has paid the biggest dividends of going public with her experience. Ann has told me more than once, “I’m not that strong.” And I can confirm that I’ve seen her in some crushingly weak moments. But she is strong. Her strength has strengthened everyone around her. It would be less than honest to say Ann doesn’t have fear, but what people see is her faith. It is a love story, really.

When Ann and I went away on vacation, the youth group secretly built the garden patio that Ann was planning in her head. They surprised her with it when we got home. It was another beautiful moment — a ray of brilliant sunshine in this endless storm.

Some of these same kids spoke at church recently. One of them said, “We don’t get miracles because we don’t believe in them.” I think he’s on to something. We believe Ann can be healed. To think otherwise would mean discarding much of the ministry of Jesus. Some Christians don’t believe in divine healing. If God heals, they say, he’s arbitrary because some who pray for healing live and others die. They can’t believe in a God who is arbitrary, so they rob him (as if they could) of his power. I’m not saying that people with cancer die because they don’t have enough faith, but I would rather believe that there is a source of healing that we somehow have to access instead of believing that God is impotent.

If not for that faith, I probably would have punched something by now.