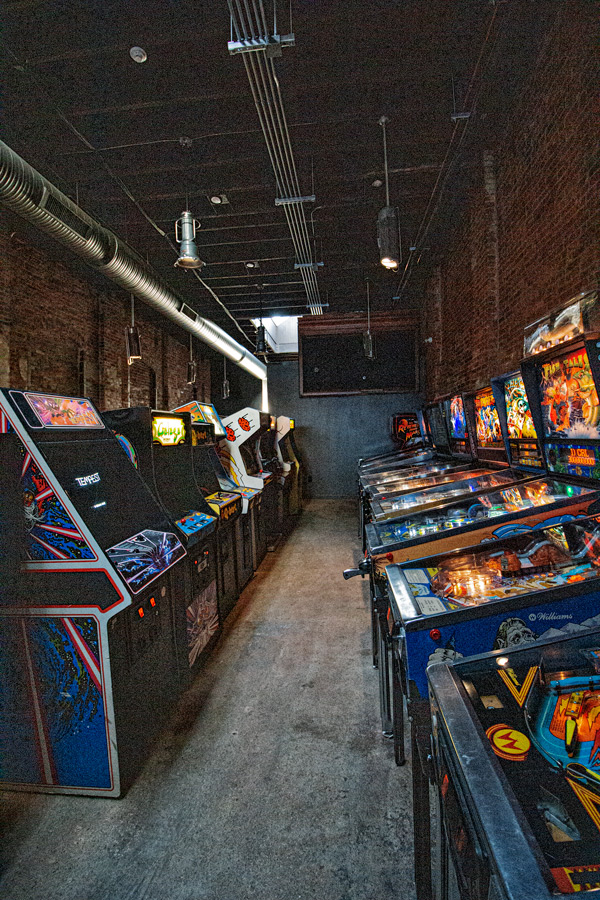 Refurbished with black trim and gold details, the O’Donnell Building at 22 N.W. Sixth St. has reopened for the first time since Bethuram Vacuum Cleaners closed its doors in 1997. Purchased by Carl Arnheiter and his wife Jessica Jeffries in 2017, the space now is alive as The Arcademie bar and arcade.

Built in 1905 with a second story added in 1911, the O’Donnell Building was left uninhabited when Bethuram closed, but was frozen in time. Rows and rows of vintage vacuums from the 1940s and ’50s remained, waiting for a buyer like Arnheiter to discover them.

When he moved to Evansville — Jessica’s hometown — in 2017 from his native New York City after a career in journalism and advertising, Arnheiter was instantly attracted to the space.

“I probably fell in love with the junk aspect of it,” he says. “But it was like this incredible time capsule. And then, once it’s all clear out, it’s like this is a pretty cool building.”

Arnheiter spent months restoring the building. Paint was removed to expose the original brick walls, the ceiling was left uncovered for an industrial look, and sunlight filtered in from the cleaned windows and sunroofs. 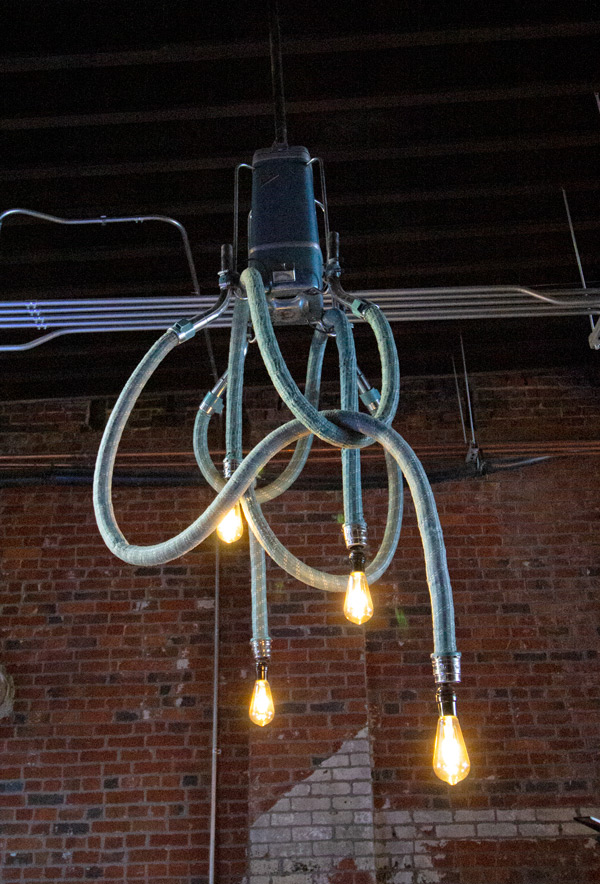 Local designer Matt Wagner helped Arnheiter with his vision for the dynamic space, which includes a full bar and seating area, arcade room, second-floor bar and cocktail lounge with balcony seating, and bathrooms on both levels. The industrial elements of the building were extended to the decor with light fixtures and the bar’s railing crafted from vacuums. Upstairs, the cocktail lounge is the textbook definition of art deco aesthetics.

On March 7, 2020, after some building-related delays, the Arcardemie was ready to open. But as is the story with many local businesses, COVID-19 halted its debut.

“We’ve been holding out. While it’s still a work in progress, we ultimately had to open,” says Arnheiter. “When you create a social environment and your games are designed to bring people together, and you’re talking a bar — which is designed for communication — then suddenly everybody’s masked, and people really don’t want to go out. It’s not the ideal time to open. But we were like, we’ll do it with the understanding that we’d close it if we had too.”

Arnheiter also has limited the bar’s capacity to the number of available seats and has a strict sanitizing process for tables and his more than 30 arcade games and 10 pinball machines.

From the modern 10-player Killer Queen to rare vintage games like the Star Wars cockpit and the 1971 classic Airball, many games came from Arnheiter’s personal collection that he’s been building since 1999.

“It’s a museum of antiquated technology,” he says. “These are all survivor machines. Part of it is preservation, part of it is nostalgia, and they’re just inherently fun. And I think that spans generations because, regarding people that are 22, 23 (years old), they’re in here playing and they definitely weren’t alive when Pac-Man came out.” 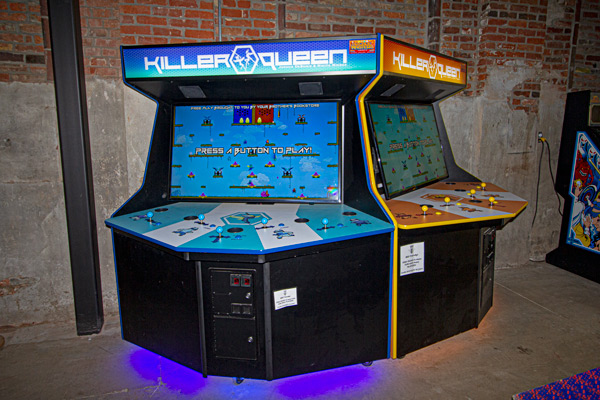 Although the warm glowing lights from the arcade entices many visitors, Arnheiter says he wants the Arcademie to be known as a bar with an arcade, rather than an arcade bar.

The main bar on the ground level focuses on draft beer and cocktails. Unlike most Evansville nightlife digs, you won’t find domestic options or bottles and cans. The Arcademie trades Budweiser products for 11 regional beers and a rotating choice of PBR or Yuengling on tap. It also offers specialty drinks, but a more relaxed and personalized cocktail experience will be the focus of the second-floor lounge.

“The focus comes down to semantics, really,” says Arnheiter. “You have to have a great bar. You can’t just be a room with arcade games that just sort of serves kind of mediocre drinks.” 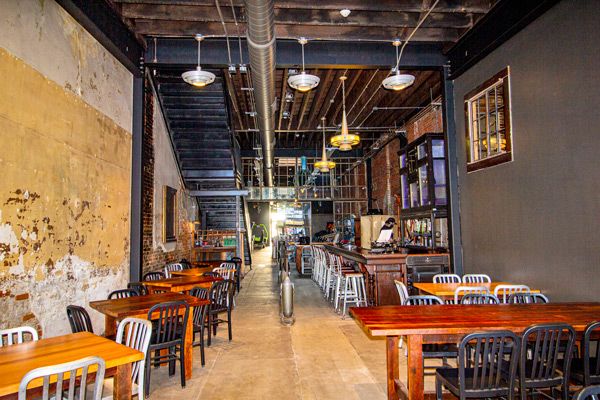 All of the bar’s cocktails will be hand-crafted by experienced staff, such as manager Reese Hartshorne, and include homemade organic syrups and ingredients.

Arnheiter also will soon reveal a bar menu facilitated and made in the building’s kitchen exclusively for The Arcademie by La Campirana. He says the menu will debut in the next few weeks.

The Arcademie is open 5 p.m.-midnight Tuesday-Thursday and 5 p.m.-1 a.m. Friday-Saturday. The second floor is open Thursday through Saturday and available for private event rental. As the business continues to expand and settle into its new corner of Downtown Evansville, Arnheiter says hours and offerings are subject to change.