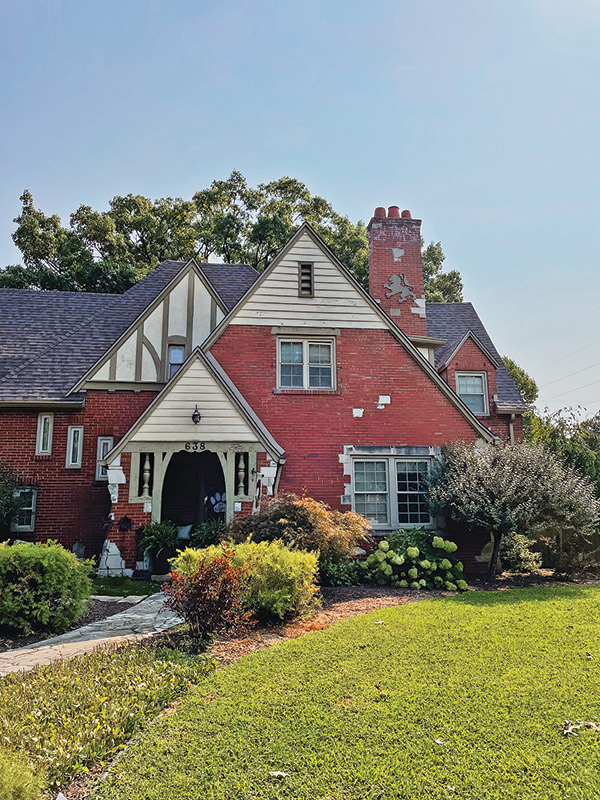 Evansville’s East Side is well known and loved for its many takes on the brick Tudor-style abode. But some homes also feature iron emblems dressing up their chimneys. Most come in an “S” shape; some are elongated and tilted to one side, while others are in a Gothic script design. Others feature lions, stars, and even ships with sails unfurled. Beautiful as they are unique, they’re also far from just decorative.

Known as anchor plates, these accents function as a critical part of each home’s infrastructure. Iron plates are placed on the center of exterior masonry — in this case, chimneys — to help reinforce the brick. Often bolted to a tie rod that attaches to the home’s roof, anchor plates center the masonry’s gravity to prevent dangerous bowing.

While most anchor plates on the East Side are molded into the aforementioned “S” design, some appear to have special meaning, such as the lion regalia perched atop the cross-gabled home in the 600 block of South Willow Road.

“We have our speculations (that) it was one of the signs of their faith,” homeowner Jackie Lannan says of the Clarence and Delia Kahn family, which settled in the Anderson & Veach spec house soon after its completion in 1928. “The Lion of Judah is an emblem of someone of Jewish descent — it symbolized a prominent Jewish family in the community.”

When they first viewed their future home in 2007, Lannan says her family was delighted by the lion for sentimental reasons. 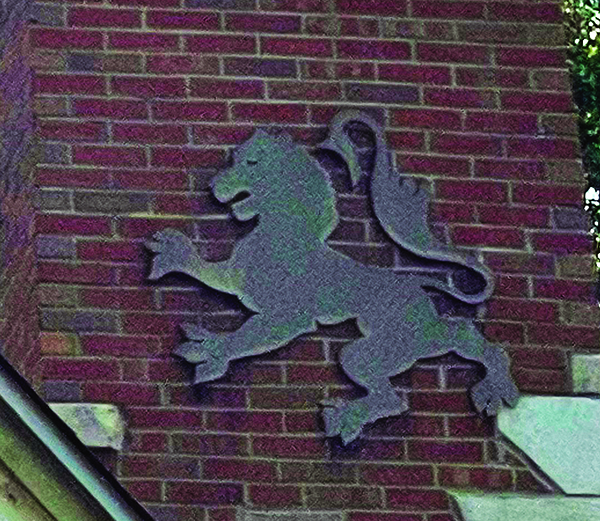 “We’re originally from Loogootee, Indiana, and the lion was our class symbol,” Lannan says. “The lion (anchor plate) was one of the things that initially drew us to the house.”

Although anchor plates are built to last, years of weather exposure can take their toll. That’s why once each decade, Keith Goy has removed the scrolled anchor plate from the chimney on his 1948 home in the 200 block of South Villa Drive, sanded down the rust and rough edges, and applied a protective coat of Rust-Oleum.

“It’s a thick piece of metal,” Goy says. “As long as you can get the rust off it before it eats its way through, it should last a long time.”