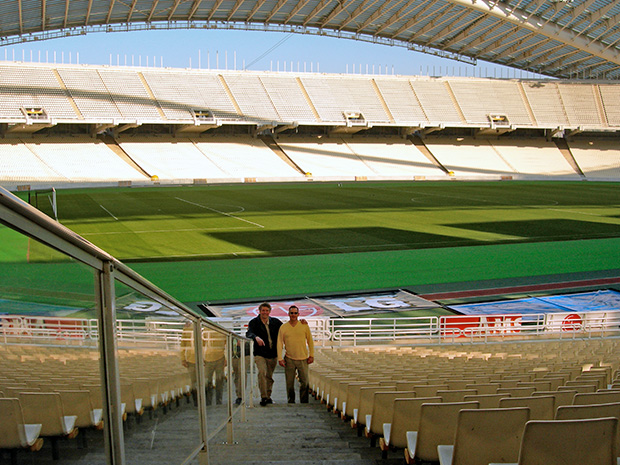 A decade ago, my husband and I spent 10 wonderful days in Athens, Greece. Several points of reference reminded me of the trip we took with my husband’s cousin, Lee, and his wife Deanna. With shock I recalled it was 10 years since my mother died, and we departed for Athens just a week after her funeral. 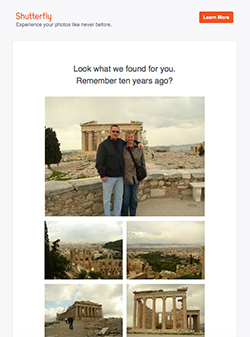 In Athens we celebrated Valentine’s Day with dinner at a downtown hotel with rooftop dining; I’ve long since forgotten the restaurant’s name, but never will I forget the view of the Parthenon glowing at night across the historic city. Watching the 2018 Winter Olympics in PyeongChang, South Korea, I was reminded of visiting the 2004 Athens Olympic Stadium, just four years later. We helped ourselves to a tour of the stadium and the pools, already in decline, though the pools were still in use. You’ll find lots of imagery on the web of ruined Olympic venues, like this story in Forbes about both Athens and Rio. We also visited the Panathenaic Stadium where the first modern Olympics were held in April 1894.

So, this trip was on my mind — then Shutterfly sent me an email: “Look what we found for you? Remember 10 years ago?” And, I was brought back to Athens. In February, 2008, it felt as if we had the city to ourselves. The country was on the brink of an economic crisis, though we largely were unaware, and tourists were not plenty.

With lemons on the trees lining the promenades, the city was visited by a historic snowstorm. As the merchants offered us “Ouzo, for the weather,” we were happy to be snowed in the ancient city for a few more days.

▲ Todd and his cousin, in the Olympic Stadium of Athens, on our self guided tour. 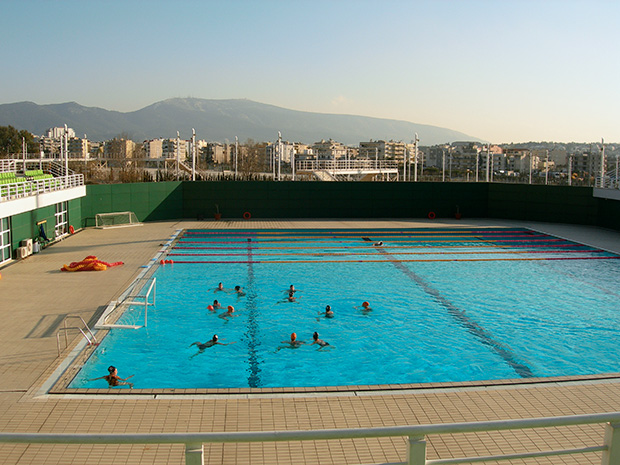 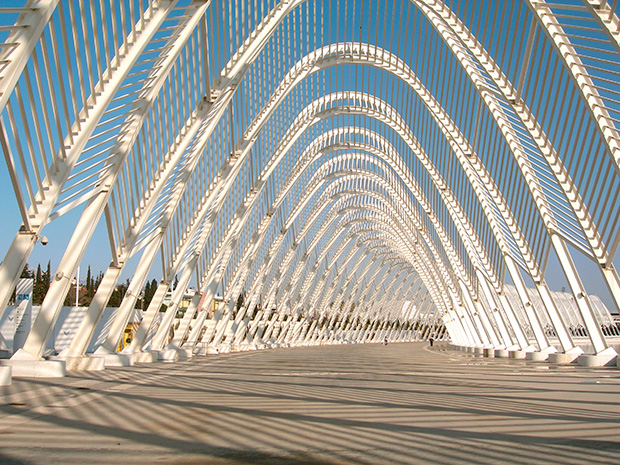 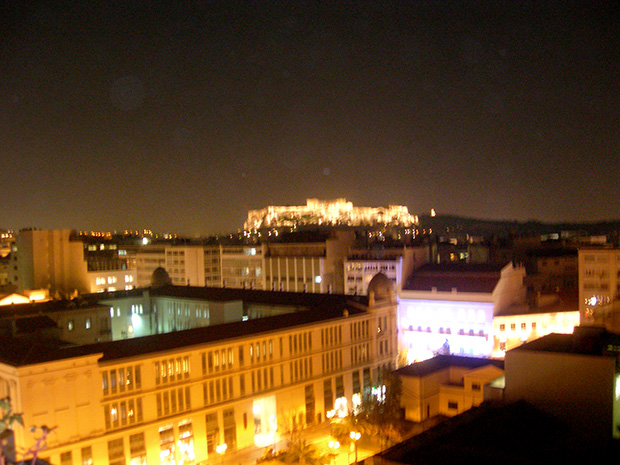 ▲ A Valentine’s view to remember, the Parthenon shines bright over the ancient city. 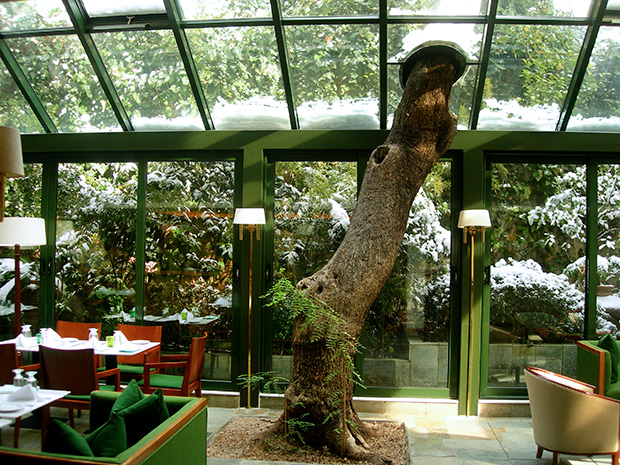 ▲ Snow blankets the roof of the Herodion Hotel in Athens, Greece, during the February 2008 snow storm. 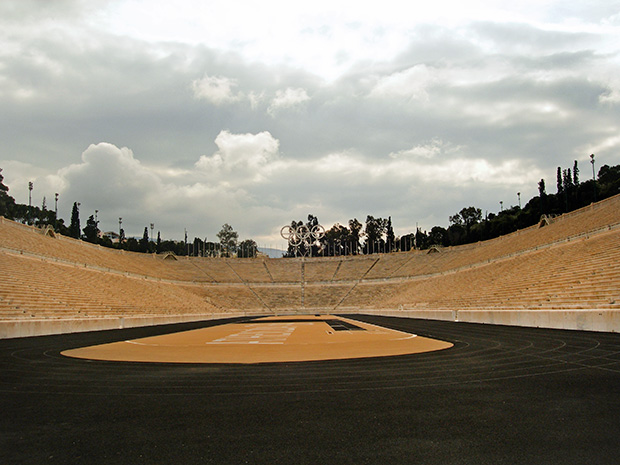