Described as a “food desert” with little to no access to food sources, the Tepe Park neighborhood will see a transformation over the next year with the opening of a community kitchen at the site of the former Bedford Tavern at the corner of Bedford and Madison Avenues.

Bedford Collab, a nonprofit dedicated to providing a sustainable food source, is teaming up with Habitat for Humanity with grants from Republic Services and CenterPoint Energy to renovate the building at 1201 S. Bedford Ave.

The idea is for the space to be used as a launching pad for business growth for food entrepreneurs. These “foodpreneurs” can use the Bedford Collab building at a low-cost yearly lease to get their business
up and going.

Co-founders Korach and DeAndre Wilson acquired the building in May after recognizing the need for space for local chefs to expand their business while creating sustainable fresh produce in a
food desert. 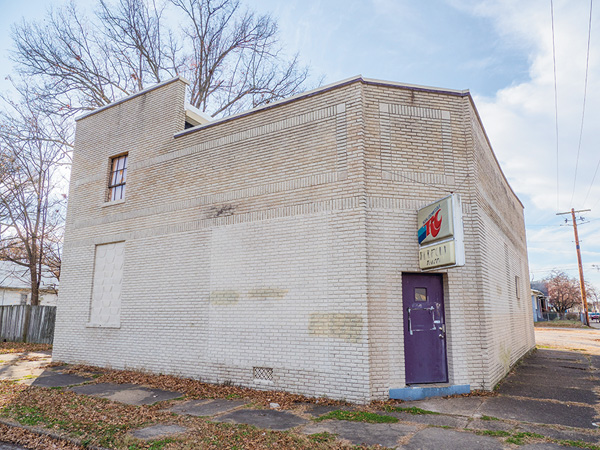 “As I used to walk to the school bus when I was in middle school, I would walk past this building,” says Wilson. “That entire time walking down Bedford to see this building look the same — abandoned, nothing happening. It’ll brighten the neighborhood again and be lively and bring jobs.”

Wilson, who owns a catering business called Turn Table, is heavily involved in the community. He hopes this building will give people the opportunity to take their business from their homes and bring them into a commercial space, giving them access to needed tools and resources.

While renovations to the building are still in progress, Korach and Wilson say the goal is to open the space for leasing in about a year.