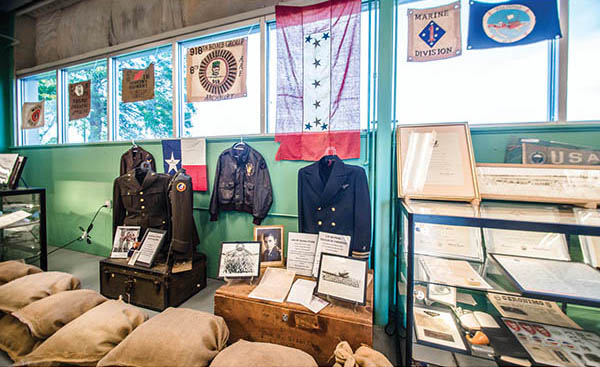 Evansville answered Uncle Sam’s call during World War II and soon became a hub for the home front efforts. During this time, multiple factories were established to make products for the war, and many men and women from the Tri-State joined the forces.

Today, these war efforts are preserved by the Evansville Wartime Museum, located at 7503 Petersburg Road. Neil Johnson, vice chair of the museum and president of the Evansville military collectors’ club, says the organization is dedicated to the men and women of the Tri-State who played a part in the second World War.

In 2014, Evansville Living covered the museum as it was beginning to establish roots. At the time, the museum didn’t have a set location, and Johnson says the exhibits were tucked away in storage. Now, the museum has an expansive space (which opened in May 2017) with plenty of room for its galleries and exhibits.

Johnson says the new space also has brought new exhibits. Many people have donated their own war mementos to the museum.

“The community has been extremely responsive to the museum,” says Johnson. “Many people have donated items to fill our display cases.”