"Never doubt that a small group of thoughtful, committed citizens can change the world; indeed, it’s the only thing that ever has.” — Margaret Mead

Shirley Becker has lived her life by this quote. For the past 20 years, she has worked alongside family, friends, and community members to found the nonprofit Pulmonary Fibrosis Partners. Now, Becker is taking a step back from the organization, which will be taken over by the Deaconess Foundation next year.

“It’s kind of like a new beginning,” says Becker. “We have done personally all we can do, and it’s time to have it reenergized by having new people and new entities thinking about what to do.”

Her journey with the nonprofit was meant to be, says Becker. With a background as a nurse working in research for Mead Johnson and Bristol-Myers Squib, Becker knew how to help when her daughter Debbie married Roc Roney, whose family has had a long history with pulmonary fibrosis.

For years, pulmonary fibrosis — a condition in which the lungs are scarred, making it difficult for oxygen to reach blood — wasn’t recognized outside of being one of hundreds of interstitial lung diseases. All knowledge of the condition was anecdotal; however, 21 years ago a group including Becker, her daughter Debbie Roney (a scientific writer), and 10 of the leading pulmonologists in the world gathered in Denver, Colorado. At that meeting, run by Becker, the group came up with a plan to put together a registry of pulmonary fibrosis patients over the next five years and to develop university study sites around the world.

“This had never been done before,” says Becker. “Never had there been a cohort of just pulmonary fibrosis patients. It took the researchers five years, but at the end of five years we had 86,000 patients.” 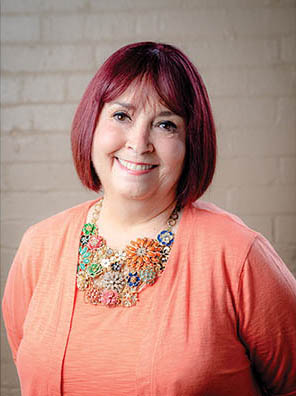 After submitting their registry to the National Institutes of Health, pulmonary fibrosis was declared to be a real disease and the NIH put the group up for funding. The group in Denver originally began as the Coalition for Pulmonary Fibrosis before consolidating with another pulmonary fibrosis organization to become the Pulmonary Fibrosis Foundation and started setting up dozens of study sites at major universities across the country.

In 2016, two drugs were put on the market — the first to be approved by the FDA to be used for pulmonary fibrosis — neither of which cure the disease but offer patients a treatment option and hope. Another major breakthrough came when genetic testing was made available. Through this discovery, Roc was able to determine he does not have the gene carrying pulmonary fibrosis.

Throughout this time, Becker and her daughter continued raising significant funds for the national organization but decided it was time to refocus their energy on a local level in Evansville.

“Everything is local, so we decided to start a regional organization that would be based not on research but on advocacy, education, and action,” says Becker.

Pulmonary Fibrosis Partners officially began in 2009 and, from its inception, has focused on annual symposia to educate healthcare professionals and the community on pulmonary fibrosis. PFP also has hosted the annual Butterfly Tea events to raise awareness and funds in the community.

After two decades, Becker says she feels like she has done all she can for the nonprofit and will be passing the baton to the Deaconess Foundation for them to continue the efforts started by PFP.

“We have always had a very good relationship with the men and women behind PFP, and we have been a strong supporter of the educational endeavors as well as their fundraiser, which has been the Butterfly Tea,” says Linda White, Deaconess CEO emerita and Deaconess Foundation director. “Our efforts will be directed to clinicians to become better educated so they can take better care and give more support to those patients with pulmonary fibrosis.”

The Deaconess Foundation will continue the seminars, ensuring that a major portion of the symposium remains specific to pulmonary fibrosis while the rest of the event will focus on needs identified by the community. And while Becker admits it is bittersweet to see her journey with PFP come to an end, it won’t be hard for her to let go.

“The 20 years have gone quickly but without the help of friends and family it wouldn’t have happened,” says Becker. “That’s why I always pull that Margaret Mead quote, and I really believe that. I feel like God told me to do this. I was a nurse, I knew about research, and I had the personal resources to call on my friends who had expertise and who could tell me how to do the things I didn’t know how to do. There are people who have worked with me for 20 years. It’s been wonderful.”