To celebrate the 100th anniversary of the iconic school on the hill, educators, students, and the community gathered for various events throughout the 2018-19 school year. Most of the celebrations were sponsored by the school’s nonprofit Big Blue Boosters, which raised donations and promoted events for the anniversary.

“Big Blue Boosters has been tenaciously working to find alumni and gather stories for the anniversary since 2014,” says Ann Ennis, president-elect of the organization and a Reitz graduate. “We all have been amazed to receive letters and donations to the Century Campaign from as far away as Delaware, California, Arizona, and more, with memories, anecdotes, and memorabilia enclosed as well.”

The Boosters and school held events ranging from a re-enactment groundbreaking and a panel discussion on integration to a published history book written by Reitz teacher Jon Carl and an anniversary brunch on March 16.

The school year has been filled with plenty of memorable moments. Organizers were thrilled when 500 alumni and families attended the birthday bash on Sept. 1, 2018, at the school. The Boosters also uncovered a forgotten story of an attempt to change the name of the school (it failed after a very angry response from a Reitz alumnus).

For F.J. Reitz Principal Beth Carnahan — who is the first graduate of the high school to now be principal — the story of Grace Werner was one of her favorite pieces of information she gleaned from the entire anniversary school year.

While many credit Evansville philanthropist Francis Joseph Reitz as the father of the school for his contributions, it was the efforts of Werner that made the formation of the school even possible, says Carnahan.

“She was just a mother of four little boys and lived on Wabash Avenue who thought we needed to have schooling beyond eighth grade that was easily accessible to kids on the West Side,” she says. “And she wouldn’t take no for an answer. She kept going and, finally, the heads of the city agreed.” 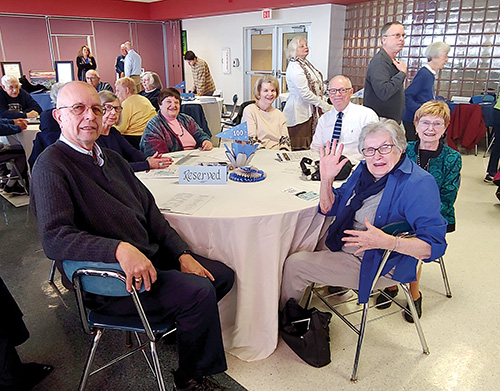 But the 2018-19 school year wasn’t just about celebrating the past, it was about recognizing the impact of the 100-year-old school on the West Side, Evansville, and the world — and continuing that impact into the future.

“We’re knocking on the door of 20,000 graduates from Reitz,” says Carnahan. “Tradition is a word frequently associated with Reitz and it is not by chance. It’s that frequent reference to those who came before that makes you feel like you are a part of something historic and therefore you want to keep it going.”