For most of his life Jonathan Hittner has lived with duality. A native of Evansville, Hittner completed a bachelor’s degree in fine art at the University of Southern Indiana in 2001 before pursuing a master of fine arts in painting from the San Francisco Art Institute in San Francisco, California. After graduating, he stayed in the Bay Area building houses and also owned a home back in Indiana.

After the market crash of 2008, Hittner moved to Henderson, Kentucky, to work as a textiles consultant for Sights Denim Systems. His work with the company moved him back and forth between Henderson and India. After settling full time in Henderson and splitting time between painting and building work, Hittner noticed a lot of his inspiration for painting was coming from scenes along the state line between Kentucky and Indiana.

“This dual kind of livelihood has been part of my life for a long time, so that relationship between one thing and another — the edge — becomes really important to me,” says Hittner. “That is making itself known in these landscape paintings where they become a lot about the edges — the edges of blue meeting green, pink meeting blue. The different ways to make edges — soft edges, hard edges, brushed edges, blurred edges — all become very important and the backbone of the work.” 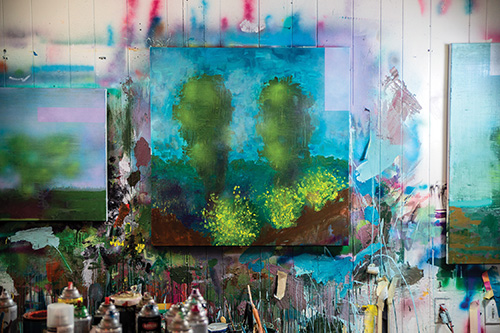 His study on edges was the basis of a show at the University of Evansville’s Melvin Peterson Gallery called “History Lessons From The Future.” Hittner has another exhibition with pieces from the series, which opened May 4 at The Rymer Gallery in Nashville, Tennessee.

While the artist has shown work nationally and throughout Evansville at Gamut Gallery, the Melvin Peterson Gallery, the now closed PG, the Evansville Museum of Art, History and Science, the Ohio Valley Arts League, and the Arts Council of Southwestern Indiana, he didn’t start painting full time until last year.

“It’s the most enlightening and frightening thing I’ve ever done in my life,” he says. 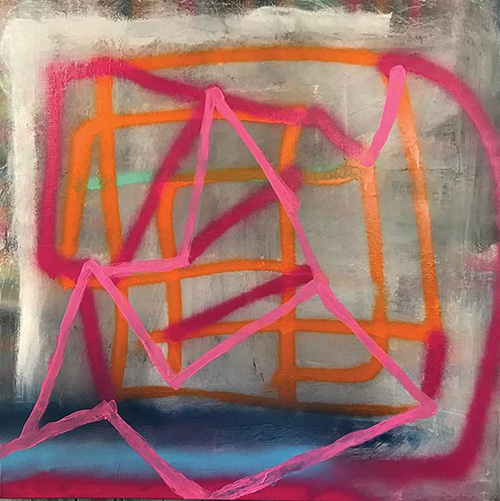 This past year, Hittner completed six solo shows in Evansville and now has his sights set farther.

“My goal this year really is to get out of this region and start to spread myself nationally and then in a couple of years internationally,” he says. “You have to dream big, right?”