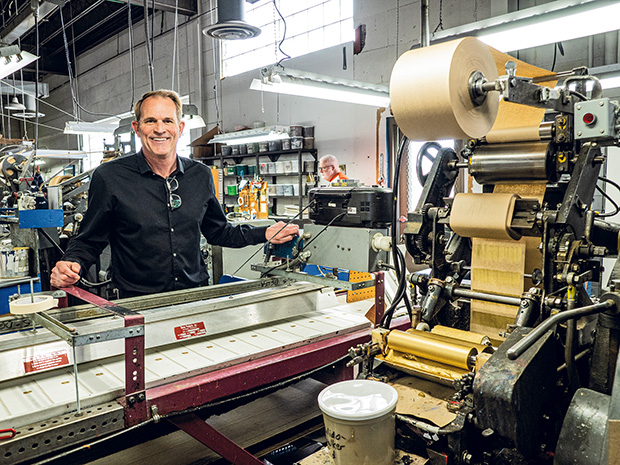 It was 1916 when Steve and David Nussmeier’s grandfather and great-uncle founded Nussmeier Engraving and Printing in Evansville. 105 years later, the two cousins are ushering in a new era of Nussmeier’s high-end services.

Since 2017, the company has moved from stationary products as its mainstay into packaging, specifically chocolate bar packaging. The bars are mostly dark chocolate made by Letterpress in Los Angeles and cost up to $18 each.

“The reason we started doing so much of the high-end wine label business is because they lost the talent to be able to do it in that area,” says Steve, vice president and a Nussmeier employee since 1986. “Most of our work is out of Evansville because we’re so highly specialized in this kind of work.”

Nussmeier’s packaging products are made using almost every aspect of the company’s production line. Its two digital printing presses create four-color, gradient color, and white-on-dark color designs on the chocolate bars, as well as other projects. The wine labels get their start on one of Nussmeier’s 12 traditional engraving presses, which are all American made by the Cronite Company.

The labels go through a total of 10 embossing and engraving passes — one for each color of water-based ink or layer of embossing (a process that creates a raised element on the paper by punching it out from behind).

Production for packaging and other projects can also include foil stamping with one of the company’s six foil presses or running the packaging through die cutters and gluing stations. 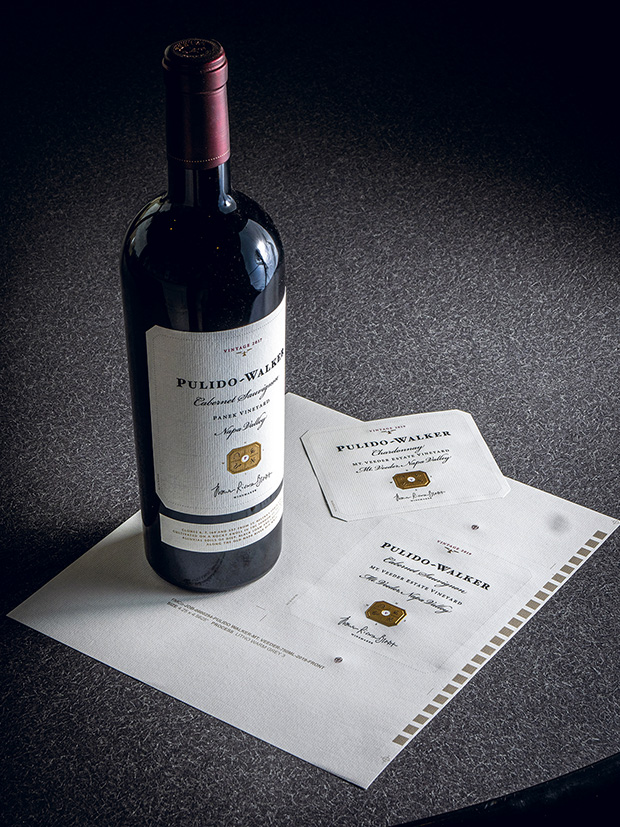 “It’s a harder job than it first looks like when you’re looking at it,” says David, current president who joined the company in 1977. “We mix a lot of old and new processes and we try to choose the best process for the project.”

Adjusting its offerings and branching out of the region has kept Nussmeier thriving throughout 105 years and the recent pandemic. The presses are running nearly six days a week, and Steve and David continue to increase their production.

For the past few years, they have expanded into graduation products, such as announcements and diplomas. This year, Nussmeier printed materials for several clients, with about 200 universities and high schools affiliated with each client.

“Every small town and every city probably have a print shop of some sort, but we’re a unique print shop because we do such high-end products, and to be able to do high-end work has taken a lot of perfection and experience over the years,” says Steve. “It shows our workforce in Evansville is really good, our talent is good. I always say, ‘I can sell it, but without them I couldn’t produce it.’”