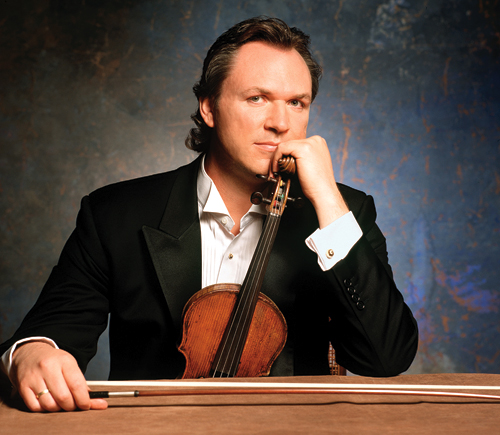 When the fledgling Evansville Philharmonic Orchestra took the stage in a former YWCA building in 1934, they played classical music. The concept was not revolutionary, but the informal group of musicians proved Evansville was ready for a professional series. What was absent from the performance: flying acrobatics. This year, those acrobats take the EPO to new heights, and that’s the difference 76 years of concerts make.

When the new EPO season opens Sept. 11, 80 orchestra members bring a night of American music (such as George Gershwin’s “An American in Paris”), and guest musician Mark O’Connor, a violinist renowned in America’s aural folk tradition, joins the performance. Two months later, music from Russian composers makes the night (Nov. 13). Then comes “Heavenly Mozart” (Jan. 22) — an evening of music from the 18th century composer. And so goes the beginning of the classics season with the theme, “Out of This World.”

In spring 2011, Cirque de la Symphonie acrobats join the EPO at the Victory Theatre for two nights (April 9-10). Eight entertainers from the French Canadian troupe, which performs in nearly 300 cities a year, bring a show Alfred Savia, the EPO’s conductor, expects to wow the audience. “We’re combining wonderful circus artists with challenging repertoire for the orchestra,” Savia says. “This show is totally different from anything we’ve done before.” If you expect Savia to join the high-flying circus performers in a stunt, Carrie Marrett, EPO’s director of marketing, hasn’t ruled it out: “Anything can happen.”