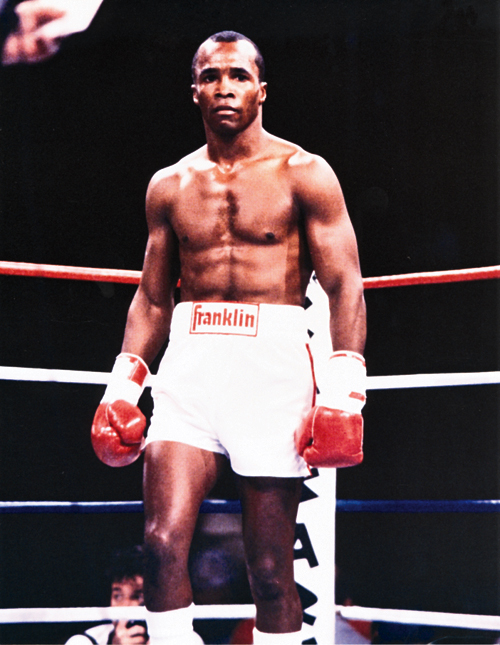 The last time boxing great Sugar Ray Leonard fought in the ring, he lost after a storied career with one Olympic gold medal, boxing titles in five weight divisions, and numerous retirements and comebacks.

That was 1997, and on Sept. 11, Leonard wants a different result when he returns to the ring — or near it — to fight prostate cancer in Evansville at “A Knock Out Night for Men with Sugar Ray Leonard.” His mission: raise awareness for the second most common cancer in American men, according to the American Cancer Society.

“One of the reasons that Sugar Ray Leonard was such a beloved figure,” wrote Yahoo Sports reporter Kevin Iole, “was that beneath the glitz and glamour, he was a hard-nosed, scrappy fighter.” Leonard, who is not a prostate cancer survivor, uses that attitude when supporting numerous causes, and he believes prostate cancer is an important battle: African-American men have a greater risk of being diagnosed than any other ethnic group. His speech, “POWER to Win,” addresses that issue and more.

Leonard isn’t the first big name to speak at this annual event — organized by the radiation centers of Evansville Cancer Center, Deaconess Chancellor Center, and Therapy Associates — that has a history of bringing celebrities to the Tri-State. (Charlie Daniels, a country music legend and prostate cancer survivor, attended last year’s event.) After Leonard’s speech, officers and firefighters from the Evansville Police and Fire Department hit the boxing ring — and each other — for three bouts. Inspiration for the friendly competition comes from the annual Guns & Hoses fundraising event. Their help is vital: Leonard may have knocked out numerous boxers by himself, but when the opponent is prostate cancer, he needs a community of support to land the final blow.