We’ll continue our college tour of the universities we visited and seriously considered for my oldest son Maxwell. Max will attend Butler University, Indianapolis, Indiana, in the fall. 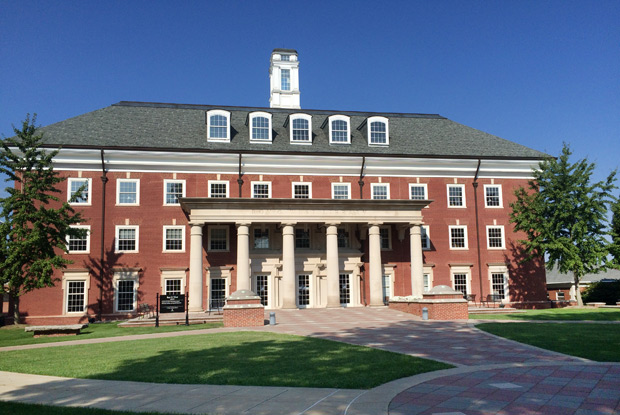 DePauw University, Greencastle, Indiana, has many claims to fame, including its high percentage of fraternity and sorority membership and the fact the Society of Professional Journalists was founded there. Located in Greencastle, 48 miles west of Indianapolis, the university was founded in 1837 as Indiana Asbury University honoring the first American Bishop of the Methodist Episcopal Church. DePauw’s enrollment is about 2,400 students on its 695-acre campus that includes a 520-acre nature park. 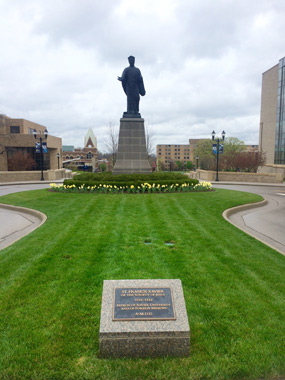 Xavier University, in Norwood, Ohio, a neighborhood of the larger Cincinnati area, was founded in 1831. Xavier was the first Catholic Institution in the Northwest Territory and is the fourth oldest Jesuit university and the sixth oldest Catholic university in the U.S. The school has an undergraduate enrollment of 4,485 students and graduate enrollment of 2,165. The Muscateers’ motto is “All for One; One for All.” There are no sororities or fraternities at Xavier.

Xavier fielded an NCAA Division I football team until the 1973 season; fans often claim that Xavier is “undefeated since 1973.”

The Xavier men’s basketball team has enjoyed considerable success, reaching the Elite Eight in the NCAA Tournament in 2004 and 2008. Since 1985, every men’s basketball player who has played as a senior has graduated with a degree.

The core of Xavier’s 189-acre campus is the Academic Mall — six buildings with castle architecture overlooking Victory Parkway to the west and resembling a single fortress. Xavier’s 34th president is Fr. Michael J. Graham, S.J.; he lives on campus in a dormitory.