The decision is made. My oldest son, Maxwell, graduated from Reitz Memorial High School on May 22. On June 3 he registered for classes at Butler University, Indianapolis.

Like many families sending a child to college, we visited quite a few universities. Even before we began this process, we enjoyed checking out universities. If we’re driving through a college town, we’ll take time to get out and stroll. In the next few blog posts, I’ll share what we learned about the universities we visited and most seriously considered. 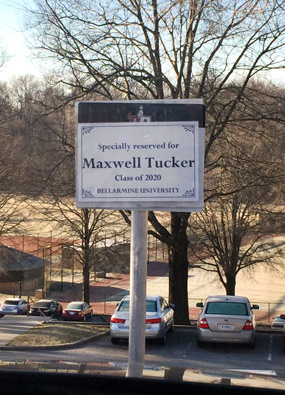 Bellarmine University, Louisville, Kentucky, is a private Catholic university founded in 1950. The university has a current enrollment of more than 3,600 students on its main 135-acre campus, located in the Belknap neighborhood of Louisville’s Highlands area. Many of us know the area because of its high density of good restaurants, nightclubs, and eclectic businesses along Bardstown Road. The university also is not far from the beautiful Cherokee Park, designed in 1891 by Frederick Law Olmsted.

Bellarmine’s athletic teams are known as the Knights. The university is a member of NCAA Division II and competes in the Great Lakes Valley Conference (along with the University of Southern Indiana, Evansville) except men’s lacrosse which competes at the NCAA Division I level in the Southern Conference. Bellarmine’s men’s basketball team won the 2011 NCAA Men’s Division II Basketball Tournament, the first athletic national championship in school history. Its most recent president, Dr. Joseph J. McGowan, died unexpectedly earlier this year.

Hanover University, Hanover, Indiana, is a private liberal arts college, located on 650 acres near the banks of the Ohio River, 6.2 miles from historic Madison, Indiana. Founded in 1827, Hanover is the oldest college in Indiana; it is affiliated with the Presbyterian Church. Graduates of Hanover are known as Hanoverians. Its current enrollment is about 1,125. 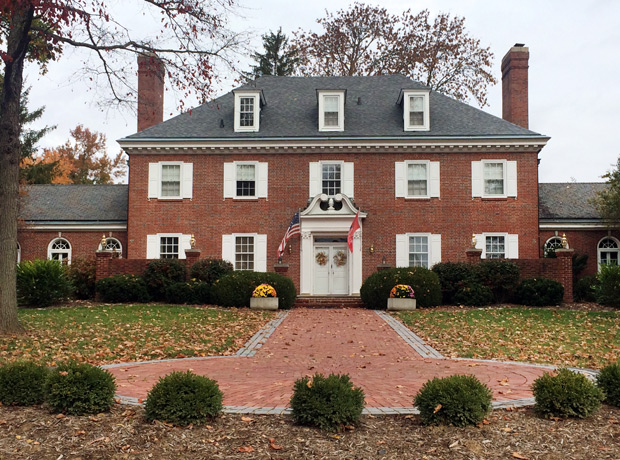 In the 1940s the college turned down plans to rebuild the Sigma Chi fraternity house as designed by Frank Lloyd Wright, because it did not match the Georgian Architecture, which still today defines its campus.

Next up, DePauw University and Xavier University.