Throughout the existence of the University of Southern Indiana, many friends and donors to the school have left their mark on the campus. None of them, however, shine quite like Trudy Mitchell’s.

Her sparkling collection of crystal pieces was a gift bestowed to USI in April. Mitchell was a longtime advocate and friend of the university (along with her husband Bill) who passed away on May 17. More than 20 pieces were given as part of the collection, many of which were purchased throughout Europe and Germany.

Mitchell was born in Werdau, Germany, and met her husband in Nuremburg, where he was stationed with the U.S. Army at the end of World War II. The two married in 1948, moved to Bill’s home state of Illinois soon after, and eventually moved to Evansville in 2008. Even during their long residency in Albion, Illinois, where they owned M&M Oil, the couple was instrumental to USI, beginning their relationship with the school when it was established in 1969. 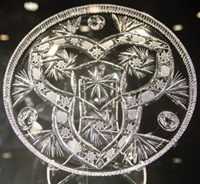 “A lot of times what we’re looking for are things connected to the university, Evansville, or our greater region,” says Susan Colaricci Sauls, the art collection registrar for USI.“We like to have those influences. It represents the cultural heritage of the people who live in Evansville. They don’t just collect what is familiar and what is nearby. They’re far reaching in what they collect.”

While the Mitchell collection is located outside the president’s office in the administration building, another collection of Carder Steuben glass is located in the Griffin Center, donated by Alan and Susan Shovers in 2014. The Shovers collection was featured in the story “Looking Glass” in the July/August 2002 Evansville Living. 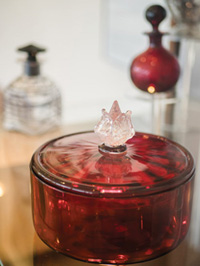 “With the Carder Steuben collection and the Mitchell collection, there is a lot to compare and contrast,” says Colaricci Sauls.

“I looked more for the cut crystal, because it does have that almost diamond effect when it’s under the light. It really sparkles,” says Colaricci Sauls. “Trudy was such an elegant woman, so I wanted an elegant display — something really clean and sleek that allowed the pieces to shine.”

For more information on the Mitchell and Shovers collections, call 812-464-8600 or visit usi.edu. 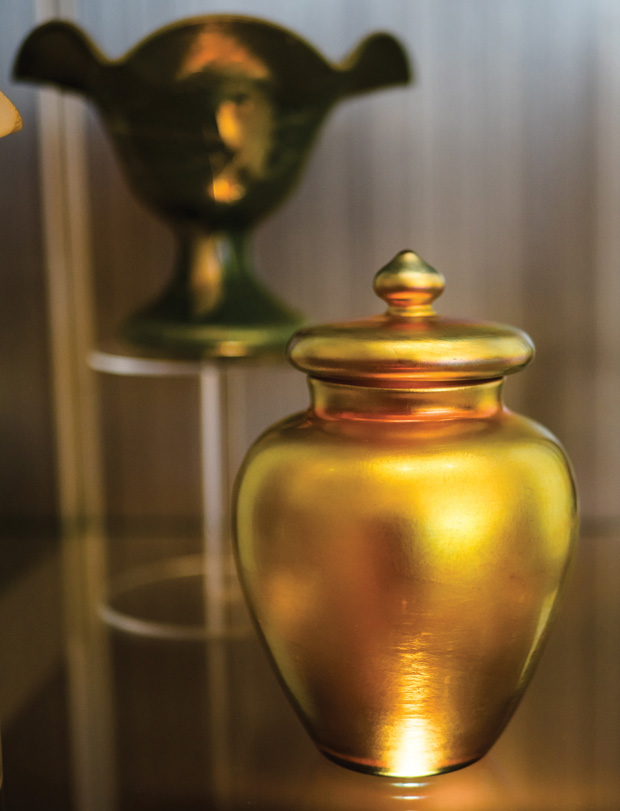