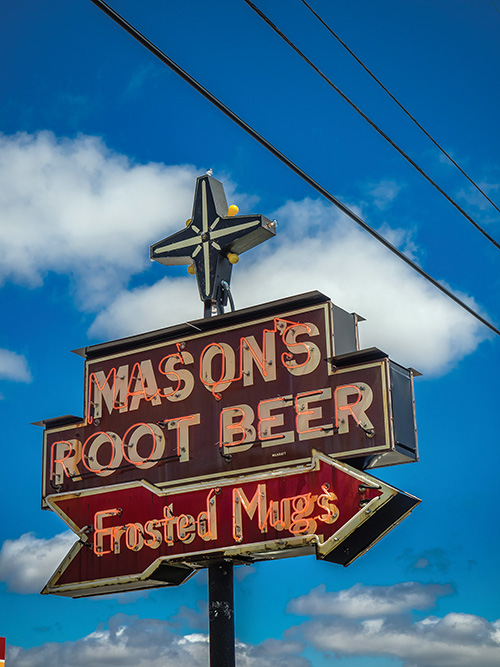 There’s nothing that transports you back in time quite like an iconic 1950s drive-in. And Mason’s Root Beer Drive In in Washington, Indiana, does just that for locals and tourists alike.

Opened in 1951, the classic drive-in continues to be family owned and operated. Bobby Arnold, the current owner, says the long-standing restaurant has been in his family for the last 40 years.

“We’ve had license plates from all 50 states here — a lot of people are just driving through the country and they heard about the place,” he says. “It’s a landmark of Washington. For us, it’s a part of the tourist industry here.”

The drive-in’s season starts in February and lasts until the weather turns, usually in October or November. If you’re looking for an ice-cold mug of root beer or a sweet root beer float, Mason’s is the place to stop. While the Mason’s brand no longer is available, the Washington drive-in still offers a tasty root beer. When you visit, be sure to order the Midwest Coney, the drive-in’s most popular item.