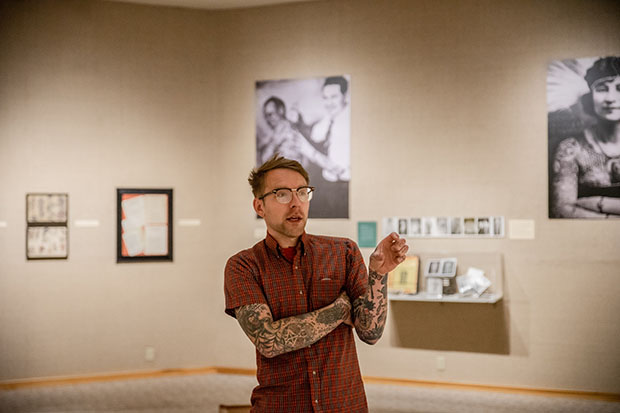 Pioneered in the early 20th century, American tattooing first took off in carnival and circus circuits before working its way into mainstream artmaking. That history is chronicled in “Expert Tattooing in the Midwest,” an exhibit at the Evansville Museum of Arts, History and Science. 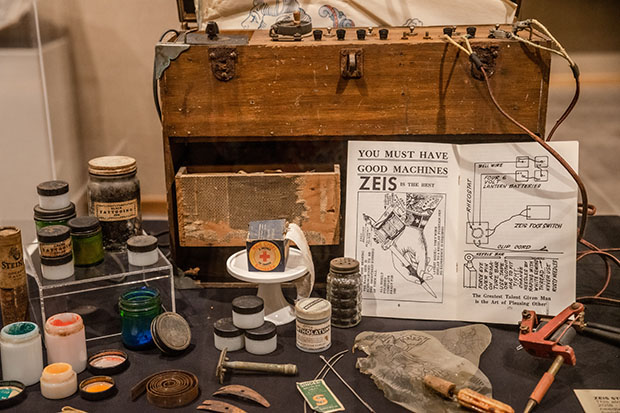 Among Vaught’s most treasured items on display are the 40 flash sheets attributed to early tattooist and central Kentucky resident W.R. King, including the only known matching set of King’s flash paintings. Also cherished is a 1961 photograph of King and Bedford, Indiana, tattooist Mike Huff, whom Vaught has spent years researching.

“Expert Tattooing in the Midwest” is open during the museum’s regular hours. At 1 p.m. each Saturday through August, Vaught leads a tour through the exhibit and discusses the stories behind his research and collection.