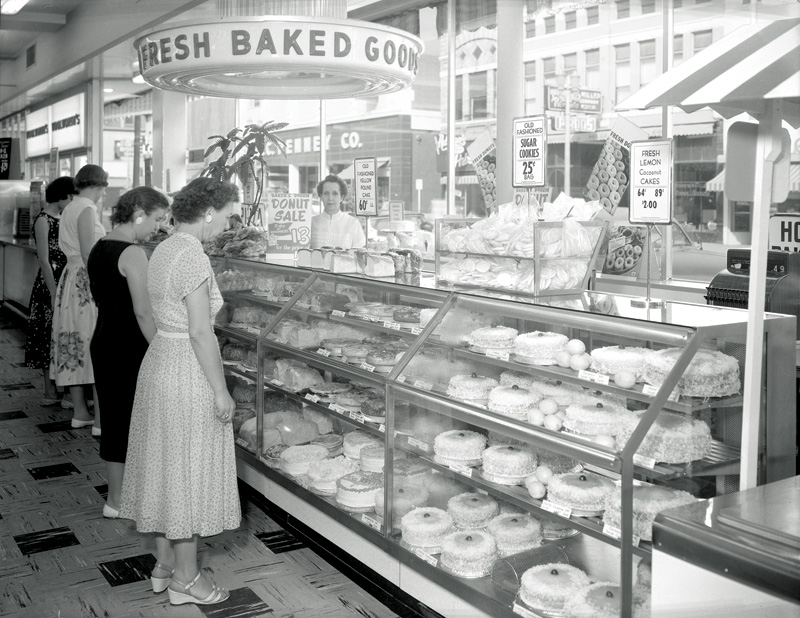 To celebrate the 200th anniversary of the founding of Evansville, we’re devoting the back page of Evansville Living – the Final Detail – to historic photographs.

Generations of Evansville children grew up celebrating birthdays with fluffy cakes from Woolworth’s bakery department, shown in this 1957 photo from Donahue. A 1990 fire claimed the Woolworth’s building.

Alton Brown would have been impressed if he’d seen this diner image in April 2006, when he visited Evansville’s historic Greyhound station for an episode of Food Network’s “Feasting on Asphalt.” He rode into town in search of regional specialties (brain sandwiches at Hilltop Inn) and vending machine food (at the Greyhound). The Greyhound station diner is shown in this 1960 photo from Donahue Studio archives. The last bus rolled out of the station in 2006. Today, Greyhound offers service from the METS terminal, and the Art Moderne terminal awaits restoration by Indiana Landmarks.