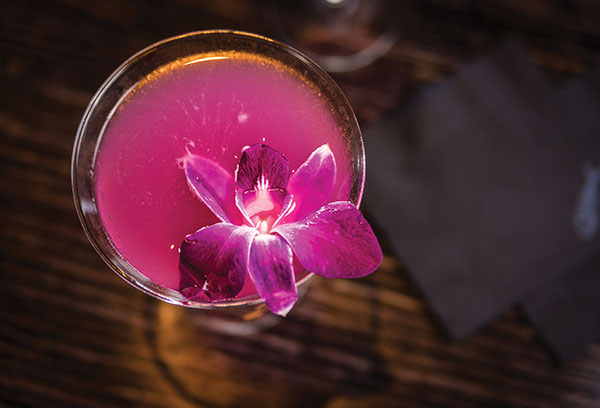 For more than 100 million years, species of orchids have grown in tropical regions around the world. They have been used in perfumes, spices, and even some medicines. At Bonefish Grill, 6401 E. Lloyd Expressway, they set off a perfect mixed drink, the Wild Orchid Hawaiian Martini.

“It’s by far one of our most popular seasonal drinks,” says bartender and server Julia Morrison. “It’s a drink that is a bit sweeter, but it’s so good, you have to drink it.”

The martini combines Cruzan Guava rum with pineapple juice, lime juice, and Zico coconut water along with Monin desert pear and coconut syrups. The desert pear syrup is a bright pink, explains Morrison, which gives the martini its unique coloring.

Bartenders at Bonefish top off the drink by setting an orchid floating in the glass.

“It’s edible,” says Morrison of the flower. “That’s the fun part about it, and it tastes like lettuce.