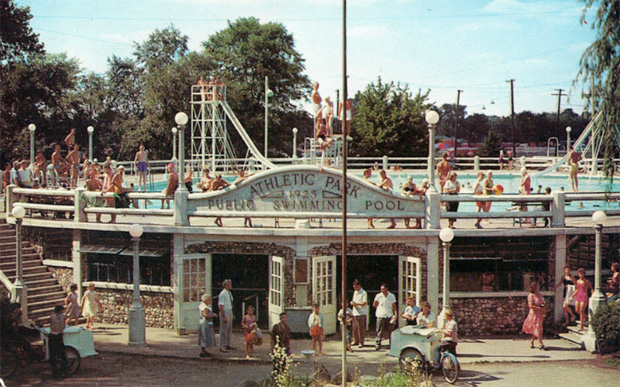 A cool pool in Anderson, a Frank Lloyd Wright-inspired home in Greenwood, and a diminutive home in the Rosedale neighborhood of Evansville — a Usonian home — all have made Indiana Landmark’s 10 Most Endangered places list for 2014 of Hoosier landmarks in jeopardy. The statewide preservation organization, with a field office in Evansville, announced the list in April at their annual “Rescue Party.” 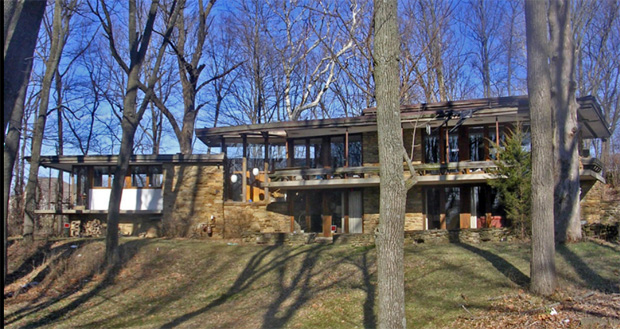 The list carries no legal weight, but it’s a way for preservationists to sound the alarm. Of the 99 historically significant structures that have made the list since 1991, 48 have been restored; 14 others are either being restored or have at least been stabilized. In 2010 and 2011, Evansville’s Washington Avenue historic corridor made the list. 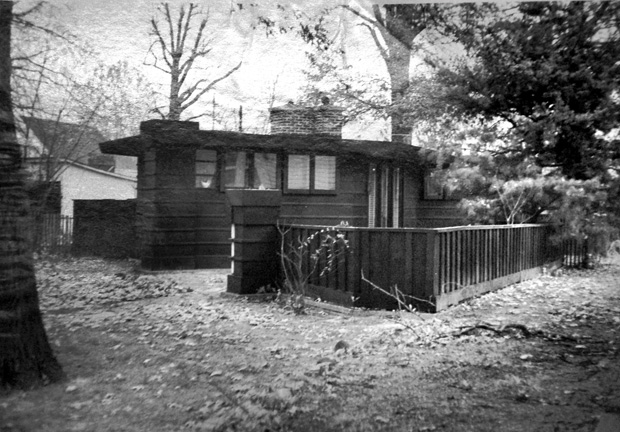 Also on the list, since 2012, is the Harmony Way Bridge over the Wabash River from historic New Harmony to Illinois. It’s a 1930 iron toll bridge on the National Register. It shut down, deemed unsafe, in 2012. A study commissioned by Indiana Landmarks indicates the span could be reopened with minimal investment.

The Peters-Margedant House, at 1506 E. Indiana, made the list for the first time this year, though preservationists — local and statewide —have been watching it for years. This 1935 house likely ranks as the first Usonian house in the nation, predating even Frank Lloyd Wright’s inaugural Usonian home built in 1937. William Wesley Peters, who was Wright’s first apprentice at Taliesin in Spring Green, Wisconsin, designed it. 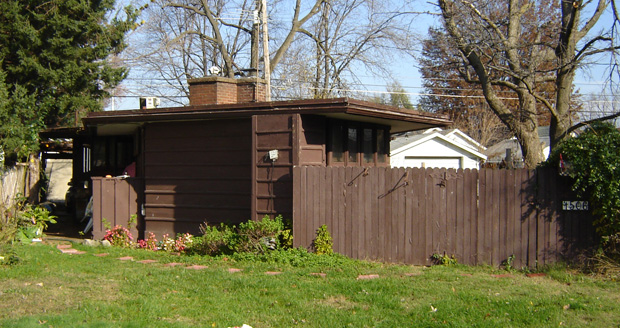 Indiana Landmarks reports that a local person has optioned the home and plans to move it to Warrick County unless advocates raise the money necessary to buy it and relocate it to the campus of University of Evansville. The architect Peters grew up in Evansville and attended Evansville College before graduating from MIT. He designed the home in two weeks for a family member. I will keep you posted.