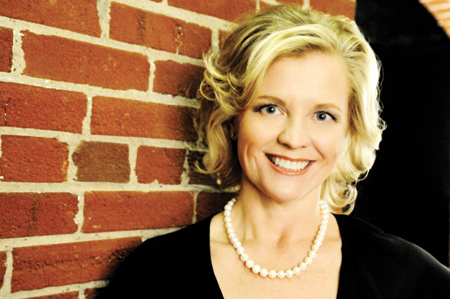 I’m pretty darn excited about the Ford Center. Our entire magazine staff is thrilled about it. For the past few weeks, conversations have begun, “Have you been in the Ford Center?” Tons of folks have; an estimated crowd of 6,000 attended the Oct. 23 grand opening of the gleaming Downtown arena that promises to change Evansville’s music, sports, and Downtown landscapes. Had we not already used the catchy coverline, “From Decay to Hooray,” in a big way (for our 2010 Evansville Living Idea Home issue) – and I don’t want to rip off our own work – I’d be tempted to use it again here to convey my enthusiasm for the Ford Center.

This $127.5 million investment – not a dime of it from local property taxes – bought the city of Evansville a super slick arena. Its sweeping curved forms were designed by the Missouri architectural firm Populous, LLC, to evoke Evansville’s place on the horseshoe bend in the Ohio River. Inside, I’m wowed by the beautiful public spaces bathed in natural light by day and reflecting a dramatically changed Downtown by night.

And here I must pause to say, “Thank you!” to Mayor Jonathan Weinzapfel for his tenacity on the Evansville arena project, and to all who shared the vision that Evansville needed and deserved a first-rate, multi-use sports and entertainment venue. (“Giving Credit,” p. 39).

It’s a drastic departure from Roberts Stadium, the aging East Side facility the Ford Center replaces, which opened in 1956. But you won’t see a lot of Roberts in our story, though a nifty chart on p. 41 does dramatically depict Roberts’ amenities as they compare to those of the Ford Center. We’ll leave the debate about where the arena should have been built, or if it should have been built, to history. My excitement over the Ford Center is tempered only a bit by the empty lot standing next to it. Plans for a new convention hotel to replace the Executive Inn, demolished for arena construction and the prospective new hotel, have not yet materialized. By the time this letter is read, the city will have elected a new mayor whose administration must assume the task of constructing a deal to ensure a Downtown convention hotel will serve the patrons brought here by the Ford Center and the Centre.