Listening to and watching the musicians and groups that rolled through a small pub where he worked was the perfect motivation for Lindsey Williams.

“Seeing those solo and duo acts jamming acoustic for applause, money, drinks, and attention from the ladies lit a fire for me to fashion something out of my already desperate need to play, sing, and write,” says the Henderson, Kentucky, native.

The local musician and father always has had an appreciation and love of music. He started playing very young, drawn to the ukulele and guitar, and says he has a knack for making things musical.

“My older cousin, who I looked up to, was playing guitar, singing, and writing, and I got inspired by him even more,” says Williams.

He has released a couple of albums during his career thus far — “Another Detour” under the band name wellhello and “Every Reason Happens for A Thing” under the name Lindsey James Williams. Now a full-time musician, Williams plays at various venues and spots around the Tri-State, entertaining locals with his unique sound and style. 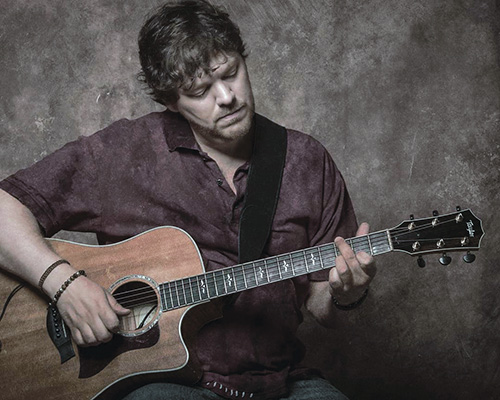 Where was your first performance, and how did you feel afterward?
It was at the first pub where I cooked — Scooter and Scobo’s (nicknames for the husband and wife owners). The hired acts would let me sit in occasionally, and I got a little positive feedback to reinforce what I already wanted to be doing. I was scared to death but I always loved being the class clown and getting attention. I also never met a stranger, so all of that worked behind the mic. It felt right even though I know I was terrible back then.

How would you describe your music style? What genres do you lean toward most when you play?
I like soulful singing and finger-style guitar. I love lyrics that aren’t too hooky and repetitive and have some poetic depth for interpretation. I also love a good guitar solo and electric tone. I guess I’m a bluesy rock musician, akin to what John Mayer has carved out for himself.

I’m a big fan of James Taylor, Pink Floyd, and most ’70s folk and rock music. I also really enjoyed some of the ’90s bands like Tonic, Toad the Wet Sprocket, and Incubus. But when I cover things the way I want, it comes out slower and softer. I’m kind of all over the map, though. 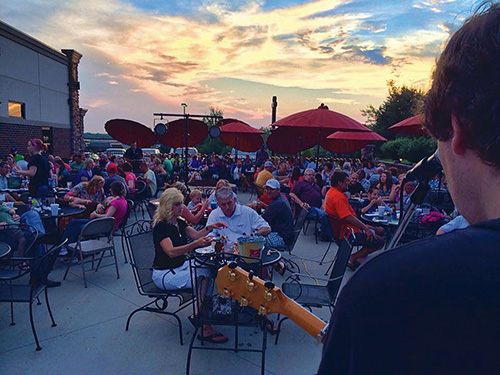 When you write music, where do you draw inspiration for your lyrics?
I have written quite a few songs and hundreds of beginnings, ideas, riffs, and thoughts, but I get a little obsessed with the minutia of a thing.

My lyrics are predominately from introspection, a sort of solipsistic approach in that I only know myself well enough to put something on paper. Whether it is an experience, a fear, or a love, I stick to what I can profess with a tiny degree of certainty. I don’t care for fictional writing. I want to know a performer by his or her music, and I want people to know me from mine. No politics, no pickup trucks, no party anthems.

What do you enjoy most about playing and performing?
I enjoy playing finger-style guitar at home and writing instrumental pieces to challenge my abilities. I also am enjoying learning to play the banjo. I also just love guitars — the nuances in tone, the feel and look, and just all of it. It’s a love affair with all of them!

When I perform live, I really enjoy warping a cover song into something new and creative, then watching people recognize it and feel comfortable in it while I try to make it my own, giving them something new but familiar.

I think my favorite thing, though, is playing my own music with no introduction and then having someone say, “What was that last one you did there? Oh, it was yours? Where can I find that?” Those moments are special and genuine.

Do you have a favorite song you always have on a set list?
The song I wrote called “Balance” is one I keep playing. It’s about learning my father was dying about the same time I learned I was going to become a father. It was quite a time, to say the least.

Another one I always play is called “Prophecy of James” about how much I love James Taylor’s music and how one song in particular inspired me.

As for cover songs, I never get tired of Buffalo Springfield’s “For What It’s Worth.” Whether I try to play it like the original or funk it up a little bit, it always gets a great response and I always have fun with it.

What would you do if you didn’t play music?
Die? I wouldn’t have a clue. I often joke, if someone says I played well, it’s a good thing because I have no other skills. Seriously though, I would really enjoy going back to school, I think. I would love to study neuroscience, philosophy, psychology, anything that explains our actions and what motivates us.

Any advice for budding musicians in the Evansville area?
Stay focused. Make and meet your own deadlines. Book a gig. Play for yourself and be true. Be aware that you aren’t as good as you will be someday, but go out and do it anyway. Break it down, play it slow, then make it better. Listen to everything — every instrument, every style. Study your instrument and those that changed it. Be proud of what you can do. People need music.