On Jan. 31, 2019, astronauts on the International Space Station positioned their cameras and readied for a satellite launch. Just as the station was orbiting over the southern border of Brazil, the University of Southern Indiana’s Undergraduate Nano Ionospheric Temperature Explorer (UNITE) CubeSat was released into orbit.

One of 23 CubeSat projects sponsored by NASA’s Undergraduate Student Instrument Project, the team of undergrads from USI have worked since 2016 to plan, design, and build their project for launch into space.

“We are the first spacecraft produced and flown by a public institution in the state of Indiana,” says project mentor and USI Associate Professor of Engineering Dr. Glen Kissel.

In the July/August 2017 story “Spaced Out,” Evansville Living visited the USI students as they were testing components of the miniature satellite. Historically, statistics for academic CubeSats show 45 percent lasting 60 days or longer — as of publication, USI’s UNITE had been in orbit for more than 22 weeks. 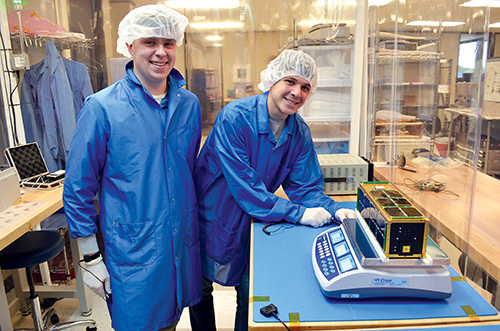 “It’s gratifying that we’re able to do this on the 50th anniversary of the first manned lunar landing,” says Kissel. “We really have to be thankful to NASA because they have taken a risk, and for us, it has paid off.”

The student team (ranging from 5 to 10 members through the semesters) not only designed the CubeSat, they also took a big risk in building key elements themselves, including the command board.

While the biggest data gathering point won’t happen until February 2020 when the satellite is at the desired point in the atmosphere, USI’s UNITE currently is gathering internal and solar panel temperature data useful for the CubeSat and scientific communities.

“These undergraduates have shown to NASA that they can do a NASA-quality job,” says Kissel. “It’s working very nicely, and I’m proud of them for that.” 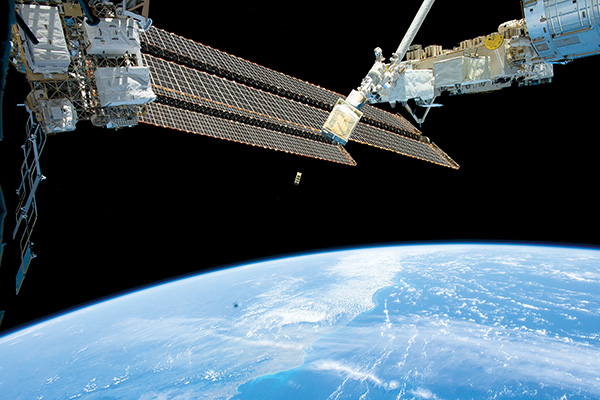