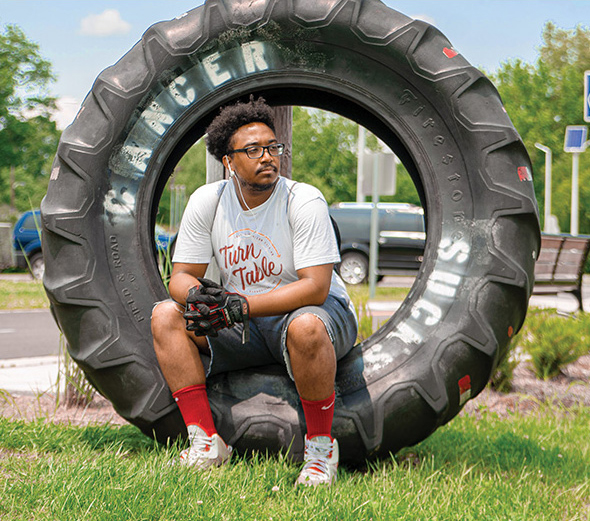 It’s hard to miss DeAndre Wilson. The Evansville native often is accompanied by an almost 6-foot tractor tire he rolls throughout the city.

The idea came from his father Curtis Wilson who passed away from liver cancer four years ago and began rolling the tire to stay in shape and raise awareness about cancer. Earlier this year, Wilson decided to continue rolling the tire in his father’s memory. The farthest he has rolled the almost 250-pound tire so far is 10.55 miles.

“It is a lot of balance, breathing, and concentration,” he says. “You have to go fast and focus.”

Wilson, who also owns and operates his catering business Turn Table, LLC, has submitted information to Guinness World Records and hopes to officially be entered for the longest total tire roll. The focus, however, continues to stay on raising awareness and support for cancer causes in the community.

“I would love to partner with nonprofits and help bring awareness and do fundraising,” says Wilson. “It brings the community together.”