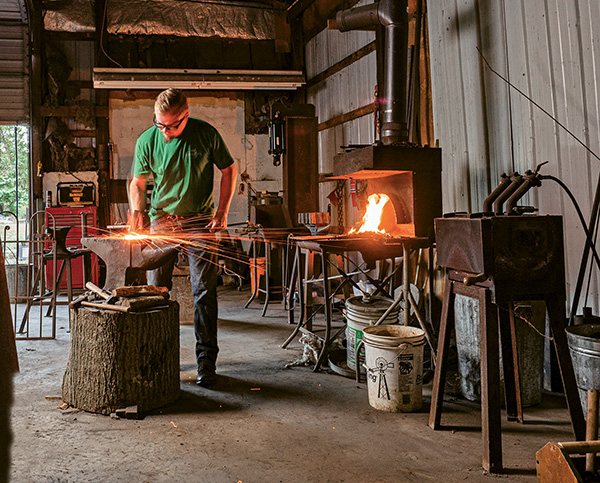 Benton Frisse always has several irons in the fire. The New Harmony, Indiana, native and blacksmith forges tools of all kinds through his business River City Forge & Tool.

While he still works full time in e-commerce for Mead Johnson, his passion is creating quality pieces that can be used for decades. His talent in the trade even caught the attention of the History Channel show “Forged in Fire,” who reached out to him on Instagram last year to compete on the show that puts blacksmiths to the test by tasking them to make tools under challenging circumstances and time restraints. 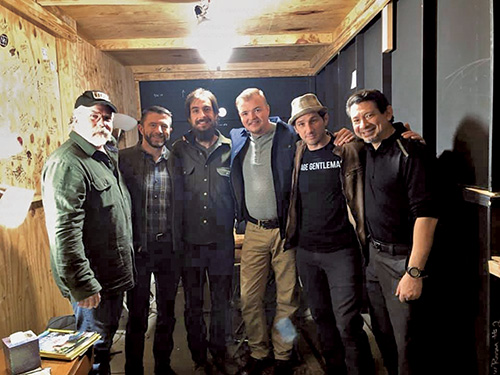 Frisse’s episode aired in August and featured a challenge of crafting a 13-inch blade from material salvaged out of a barber shop. In the episode, Frisse made it to the final of three rounds and finished in second place. Many of the blacksmiths who compete on the show specialize in knife making, though Frisse considers himself a general all-around bladesmith.

“I really like axes, because axes require you to use so many different skills in blacksmithing,” he says. “In blacksmithing a lot of people just think it’s heat and beat, but it’s not. You have different techniques. You have upsetting, fullering, drawing, tapering, and all these other things that blacksmiths do, and making axes utilizes almost every single one of those skills.”

One of the most exciting pieces Frisse has made he says was a 10-inch Viking spear, though his primary work is with heirloom tools that individuals will regularly use like axes, knives, tomahawks, and garden tools.

“A lot of people think blacksmithing is a dying trade, and it’s not,” says Frisse. “It’s always been here, and it always will be. I enjoy making something from nothing that people will use for generations.” 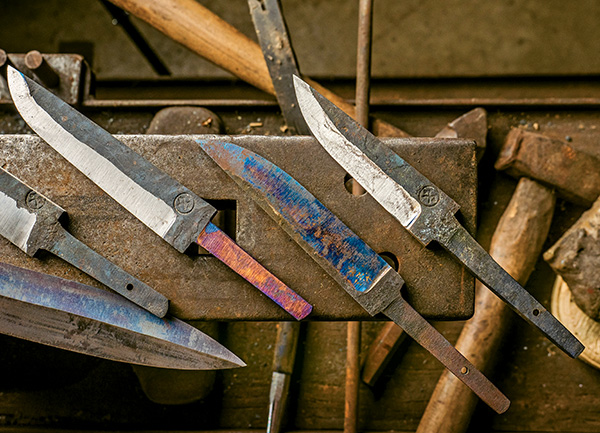