You could say Matt Garnett was made for the firefighting life. The Engine 14 captain for the Evansville Fire Department was born at Welborn Hospital (now Welborn Plaza) the frigid night of the fire at the Upstage Dinner Theater in January 1977. He also has a family legacy in the department. His great-great-grandfather, Captain John “Henry” Johnson, was the very first line-of-duty death in the Evansville Fire Department in 1881.

Garnett’s past 18 years serving in the Evansville Fire Department haven’t just been a career. He also is fascinated by the history and memorabilia.

“In terms of the fire department, I have just boxes and boxes of really great old photos of fire stations and fire department history,” says Garnett.

Many of his items are on loan to places in Evansville like the local firefighter’s Union Hall, Mission BBQ, and Franklin Street Tavern. 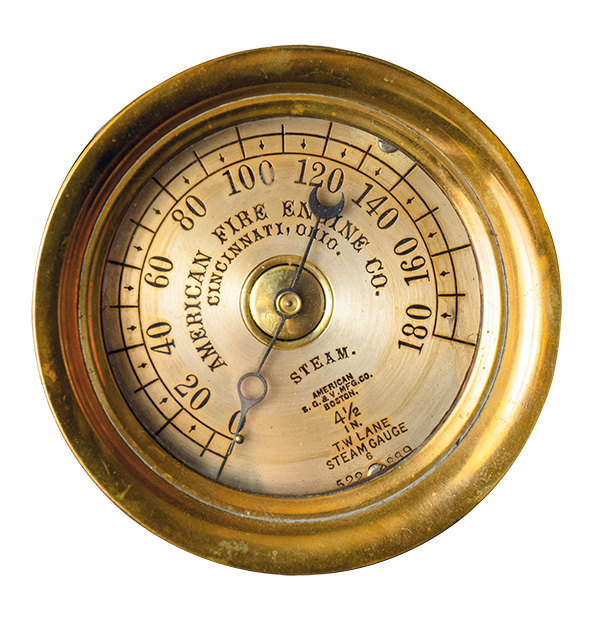 “If you go down to the Evansville Museum of Arts, History and Science right now, they’ve got a steam pumper that was decommissioned from the city back in, I think, the ’20s,” he says. “It’s missing the American le France compound gauge. It was removed off that rig by an Evansville firefighter back in the ’20s. He gave it to someone whenever he retired, and then it was handed down, handed down, until the chief had given it to me about 16 years ago whenever he retired.”

A majority of Garnett’s collection, including the compound gauge, was procured from his late friend, retired Battalion Chief Kenny Gest, who passed away earlier this year and also had a love of fire department history. In Garnett’s collection now, he also has the first air pack the city of Evansville ever purchased, old helmets, antique fairy nozzles (nozzles for the hoses), an antique fire department call box from the city of Evansville, the first Gamewell fire alarm pull box receiver the city ever owned, a parade axe and helmet, a custom chief’s badge from 1889, and the decommissioned pike pole (an instrument used to find hot spots or hidden fires) used in the fire of 1951 on Downtown Evansville’s Main Street.

“What I’m specifically into are things that were used in the city of Evansville that were on our trucks,” says Garnett. “That’s what I find interesting.” 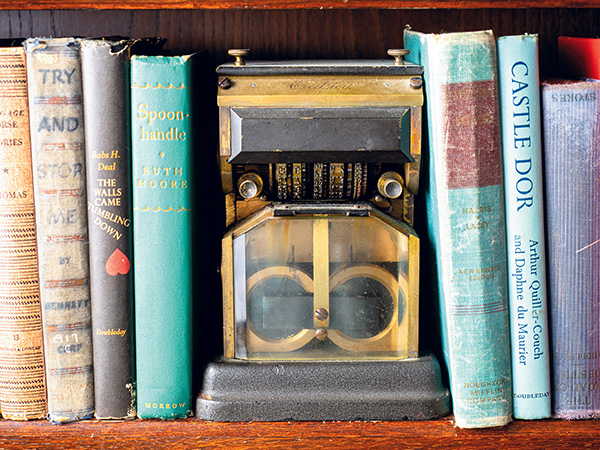