G is for Greenway 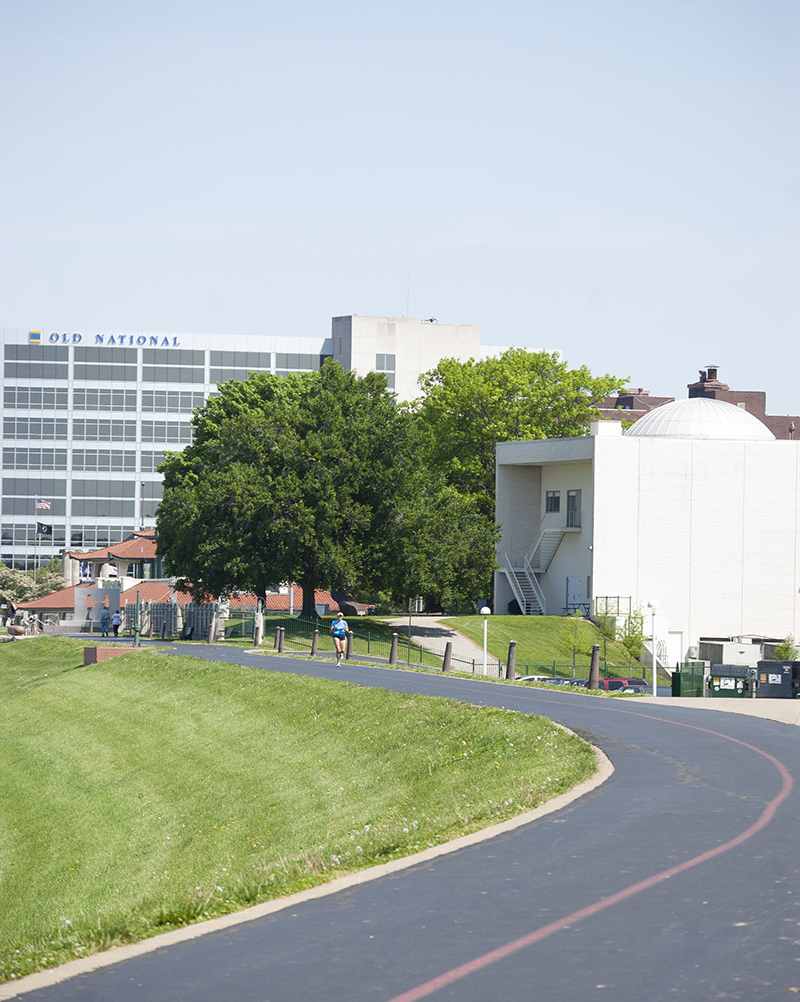 Evansville has many beautiful landscapes and trails, and one of the most ambitious projects over the past two decades in the city has been construction of the Pigeon Creek Greenway Passage, an effort by community leaders to further compliment the area’s environmental allure.

Winding through the heart of Evansville along the Pigeon Creek and Ohio River, the 10-foot wide paved trail highlights the creek and banks of the river in Downtown as well as connecting parks, businesses, and nature areas. The Greenway is a scenic route perfect for exercise, skating, riding your bike, or walking your dog.

The Greenway was designated a National Recreation Trail by the National Parks Service in 2004, which makes it a component of a larger national trail system stretching across the country.

Construction on the Greenway has been split into several phases since it’s initial construction nearly 20 years ago. The plan is to eventually have it encircle the city and reach as far east as Angel Mounds. To date, sections of the Greenway total 6.75 miles from Sunrise Park to Canoe Launch.

The Newburgh Rivertown Trail is a multi-sue greenway that extends from Angel Mounds to the Locks and Dam Park along the Ohio River Scenic Byway. Bending through the town’s riverfront, the trail is marked with interpretive signage and attractive landscaping as well as restaurants, coffee shops and a farmer’s market on Saturdays.

Dedicated in November 2010, the Rivertown Trail extends about one mile in length. Each year, Newburgh hosts a 5K that uses the trail as a substantial part of the course. The plan is to eventually connect the Evansville Pigeon Creek Greenway with the Newburgh Rivertown Trail upon completion.

There’s no better way to see our city than taking a jog on these intricate trails!