Get to Know Diddly 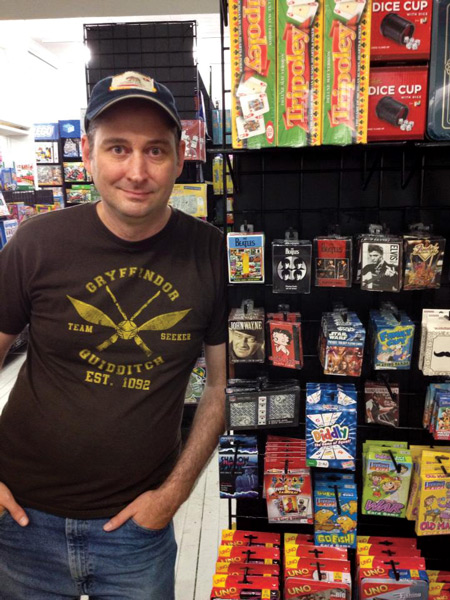 As a freelance game creator, Clint Corley has worked with his fiancee, Sarah Thurman, to market a family friendly game of nothing. “Diddly” is a creative spinoff of the popular card game Golf, but with added features. Offering a number of specialized cards, this unique game utilizes luck and tactical strategy, creating a level playing field for both children and adults.

“I wanted to create a game families could play together,” Corley, 44, says.

“One of the greatest moments we had was at the pre-launch party,” he says. “I hope everyone gets to experience that at some point — having people enjoy something that you’ve created.”

Diddly was picked up by Endless Games, a national gaming company that has been a part of the success of iconic games Family Feud, Password, and Kismet. Diddly is being sold online for around $7.99 and at Toys to Treasure, 922 N. Burkhardt Road, Suite 102, for $7.50.

“I love creating things in general,” Corley says. “If I could do this every day, I’d be happy as anything. There is no part of working on games I don’t love.”