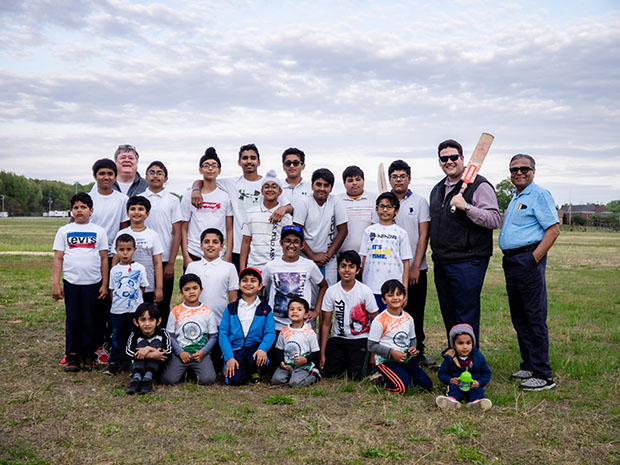 Growing up, cricket was more than just a game to many South Asian families who reside in the Tri-State: It was an integral part of their home culture.
Now, a group of families in Evansville is bringing this worldwide game right here to the city.

“Growing up, this is the game we knew,” says Ruchi Bhatia, an organizer for what is the first youth cricket league formed in Indiana. Parents and community members volunteer to coach, and they also have a visiting coach from St. Louis.

With about 20 players already on board, the league is making headway on gaining new players and hopes to start tournaments within the next few years.

“COVID was a blessing in disguise,” says Veneet Gupta, who along with his son Ray helped found the league. “When every kid was at home, no school, and my kids were from India and they started calling all their friends to play cricket, and then every kid got interested in it.”

They started playing casually on a concrete patch in Friedman Park about two and a half years ago, before using the softball batting cages at Vann Road Park in Newburgh, Indiana.

They currently play at Roberts Park, a large green area east of Swonder’s Ice Arena, where Roberts Stadium once stood. For practice during the winter, they use Ryan Miller’s Complete Game Academy’s indoor batting cages.

“We’re getting closer to the point, through some private donations, for the improvements to start,” says Ron Beane, president of the Evansville City Council, who helped the league secure the permit needed to use the field. “While this is a perfect place for them to play and it could very easily end up for them to be here permanently, we’re not sure what the transition is going to be like in the construction phase.” 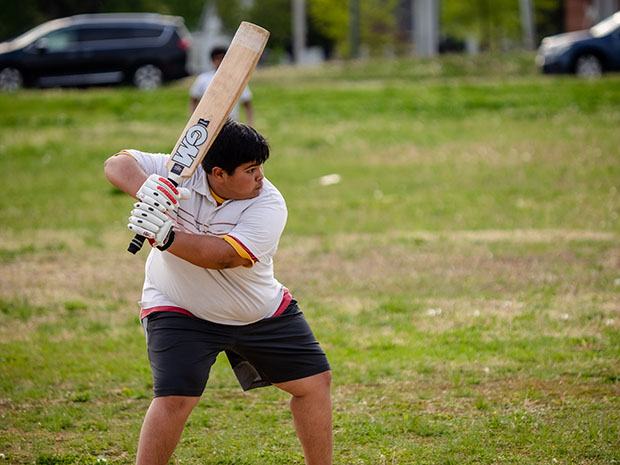 While the league is currently playing on a dirt pitch, Beane says organizers are looking to pave a concrete pitch and add turf to the 450 feet of space the league needs.

“We’re hoping to make it permanent because the field is just perfect for them,” he says. “The Indian population is growing here locally, and this is their home game.”

There are close to 400 South Asian families in the Tri-State. Cricket across the nation has gained considerable traction throughout the last decade, with leagues springing up in St. Louis, Cincinnati, Dallas, Atlanta, Indianapolis, and Nashville, Tennessee. The U.S. cricket team will compete at the 2028 Olympics in Los Angeles for the first time.

While the game looks similar to baseball, there are many differences between the two sports. Cricket pitchers, or bowlers, aim to throw a hard leather ball at a wicket (three standing wooden posts), which is defended by the batsman using a flat wooden bat. The ball can be thrown in the air or bounced on the ground.

There are two batsmen and 11 fielders, including bowlers, on the field at once during the game. The main objective is to score as many runs as possible against the opponent after hitting the ball over a series of innings.

“You need to have fine motion to hit the ball because it’s a flat bat,” says Vishal Bhatia, who helps coach the youth league players. “You have to have very fine coordination between your eyes and hands.” 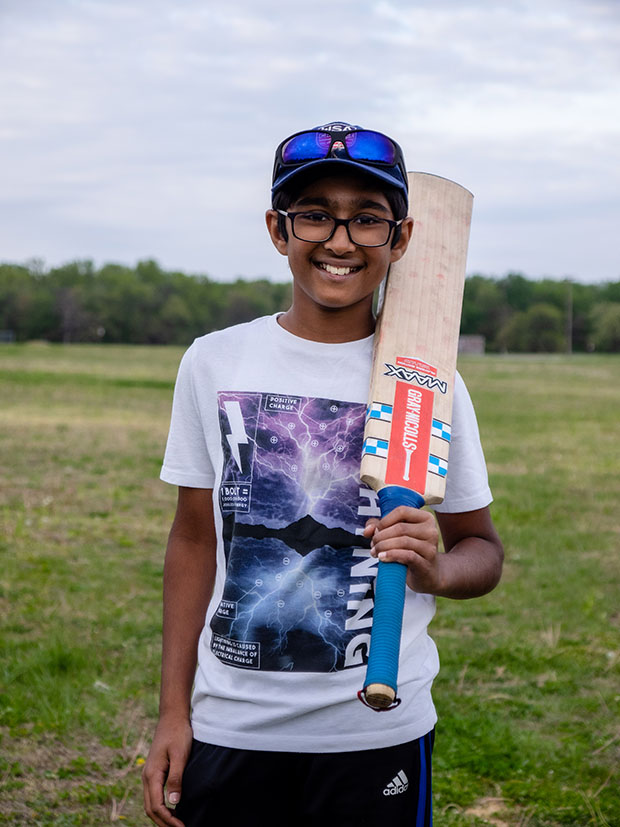 Though not a difficult game to play casually, it does take some time to get used to batting and pitching, says Vishal.

Vishal and Ruchi’s 12-year-old son, Suveer, struck an interest in the game when his family took a vacation to India and saw kids playing on the street.

Suveer says he enjoys being outdoors and having fun with his friends. He also enjoys the competitive spirit of the game that gives him the motivation to be successful. Suveer will also compete in a cricket tournament in Atlanta over Memorial Day weekend.

Another successful player, Ray Gupta, says he wants to play cricket professionally someday. He was one of the first players in the new league and has experience playing in India.

“For the first eight years of my life, I was in India and I played every single day,” he says. “Our daily routine was doing our homework and playing cricket.”

The players and the parents are hoping once the turf pitch and field are established, they can also invite other teams from other states to play tournaments in Evansville, making it both a local hub for cricket and having a significant economic impact on the region.

Those interested in joining can connect with the group on Facebook at Indiana Youth Cricket Club (IYCC).

“You don’t have to have any background or qualifications to join. For anyone who wants to come and play are more than welcome to join us,” says organizer Killol Thakore. “This is something that if we get enough support, the opportunities are endless.”