Soon I will sail on this beautiful ship, the Mandalay. My husband and I, along with another couple, will celebrate 25 years of marriage on her as we sail from Grenada. 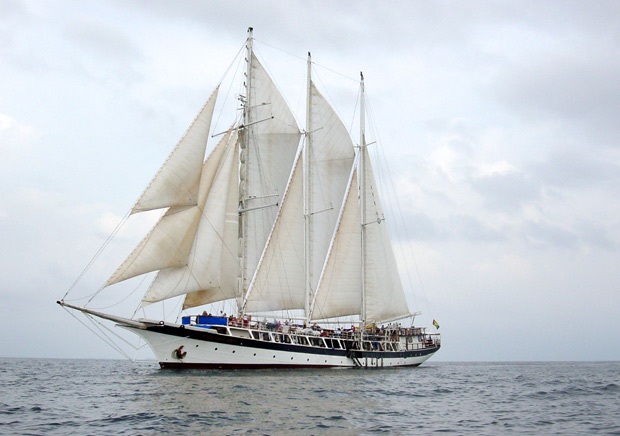 We’ve sailed on Mandalay before, in March 2004, with the “old” windjammer. Last year Florida tourism entrepreneur Charles J. Kropke brought back the freewheeling sail cruises through a new version of Windjammer Barefoot Cruises. He purchased the defunct company’s three-masted Mandalay and based his company, Sail Windjammer, on the heritage of the old company started by Mike Burke in 1947, after a night of drinking. Burke woke up the next morning and found himself the owner of a $600 sailboat he named the Hangover.

Despite all its troubles at the end, Windjammer Barefoot Cruises through the years gained a legion of wildly devoted fans. “Windjammer did not die because it was more than a company. It was a culture,” Kropke has been quoted as saying.

The Mandalay was built in 1923 for financier E. F. Hutton and his wife, Marjorie Merriweather Post. On our first trip aboard, we sailed from Panama. Arriving on the isthmus a day early, we enjoyed the hotel’s views of the Bridge of The Americas, spanning the Pacific entrance to the Panama Canal. 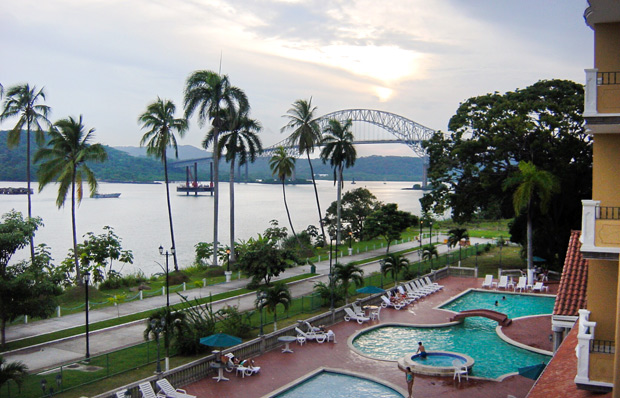 Aboard Mandalay, our destination was the San Blas islands, an archipelago of 378 islands, of which only 49 are inhabited – by the Kuna Indians. Unlike other windjammer trips we’d taken, which visited popular yachting destinations like the U.S. and U.K. Virgin Islands, St. Maarten, and St. Thomas, the only boats we saw during our week in the San Blas islands were the dugouts used by the Kuna, who eagerly sold us crabs from their boat — to be prepared for us by the chef! 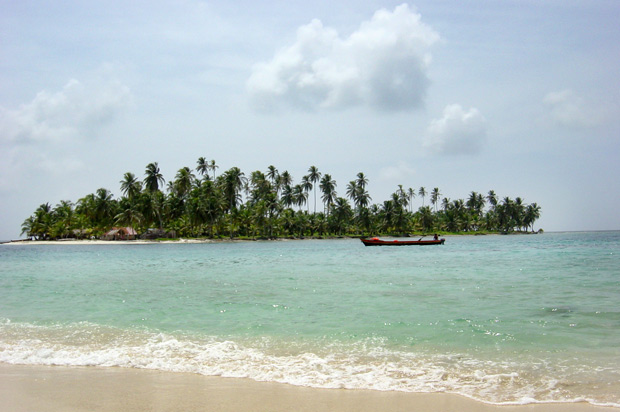 I’m eager to board Mandalay again — this time in Grenada.