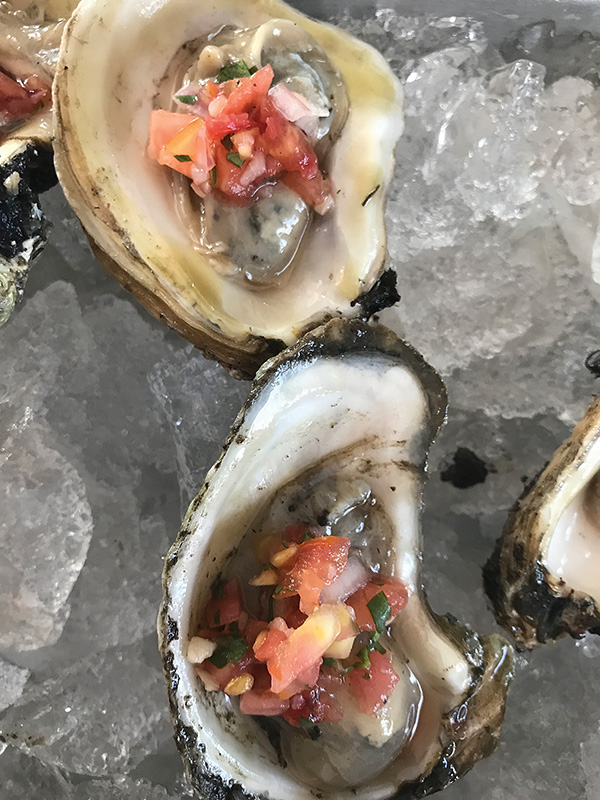 At the southernmost tip of Alabama lies one of the South’s best-kept secrets: Gulf Shores and Orange Beach. Spanning 27,000 acres between Mobile Bay and Pensacola, Florida, this pristine island strip boasts breathtaking views of the Gulf of Mexico and some of the finest beaches in the world — 32 miles of sugar-white sand made almost entirely of fine quartz grains washed down from the Appalachian Mountains thousands of years ago.

Locals insist people outside of the Gulf Coast have no idea Alabama has beaches — if you look at a map of Alabama, part of it looks as if it should belong to Florida. The huge beach bar — Flora-Bama — commemorates this fact, straddling the state line. Claiming to be the most famous beach bar in the world (numerous media entities have crowned Flora-Bama the best beach bar in the world), the sprawling complex features five stages for live music played 365 days a year. Enjoy a Bushwacker (an alcoholic milk shake) and visit April 26 through April 28 for the Interstate Mullet Toss and Gulf Coast’s Greatest Beach Party. (This is a dead fish, not a bad haircut, but organizers note you will see those, too.) What began as an idea to do something for locals more than three decades ago during the shoulder season has become a phenomenon that draws tens of thousands of people; people even put Mullet Toss on their bucket lists. 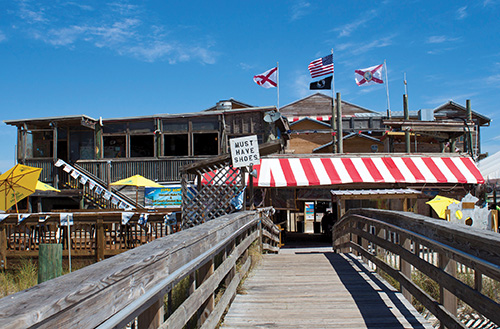 While I enjoyed a Bushwacker, my visit to Orange Beach and Gulf Shores was not to toss mullet — it was to enjoy the beach, explore the arts and entertainment community, and indulge in the local delicacy, Royal Red shrimp.

At Gulf Shores and Orange Beach, you can take your pick of more than 17,000 rentals, from beachside full-house residences to more than 30 hotels. New this year is the recently opened Lodge at Gulf State Park. Flying the Hilton flag, the lodge is located inside the 6,150-acre Gulf State Park.

“The newly reopened Lodge at Gulf State Park is designed to be a model of sustainable resort operations and is committed to environmentally responsible travel,” says Bill Bennett, general manager. “The Gulf Shores and Orange Beach destination has been lacking in available conference and meeting space and this newly built facility, with its large Beach View Ballroom, will address that concern while creating memorable events for years to come. Gulf Shores prides itself on having a big beach and small-town feel, and this resort is no different.”

While I’ve been a frequent vacationer to the Gulf Coast, Royal Red shrimp were unfamiliar to me. The crowned jewel of Alabama shrimp, the Royal Red is a tastier species compared to the pink, white, and brown varieties. Deliciously sweet and tender Royal Reds are caught up to 60 miles off the coast, 1,200 to 1,800 feet down. Because they are caught so far offshore and the shrimpers stay out for 30 days to maximize their haul, the Royals are flash frozen on the boat to preserve freshness.

While this breed, like other Alabama shrimp, can be found all year long, Royal Red season runs from late summer through the end of fall when the boats are coming in. Then, they make their way to institutions like King Neptune’s, where the Royal Reds made the list of “100 Foods to Eat in Alabama Before You Die” and to Mikee’s Seafood, where you can order a pound of them for $16.99. 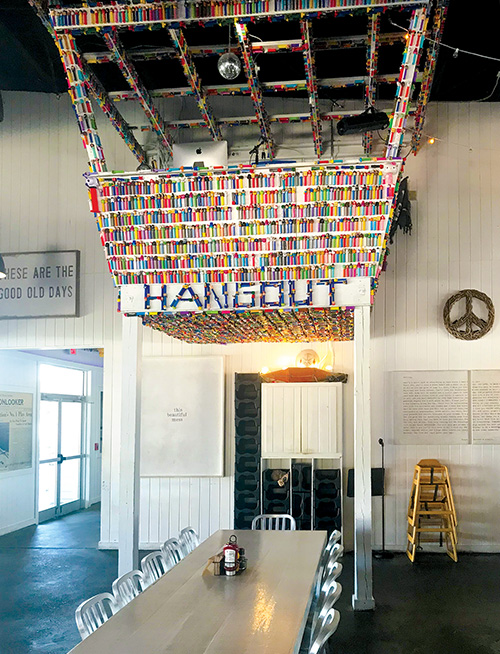 Exploring Gulf Coast’s lively arts scene also was planned for this trip. Showcasing the area’s art is the Coastal Arts Center campus, overlooking Wolf Bay in Orange Beach. The 10,000-square-foot fine art gallery is a stunning home for Gulf Coast artwork. The campus also is home to The Hot Shop glassblowing studio and Clay Studio, where you can throw on the wheel or hand build your own creation. The center is available for weddings and special events.

In addition to the arts, Orange Beach has invested in entertainment. Visible for miles around, the Ferris wheel at The Wharf entertainment district is an area landmark. From one of its 24 gondolas, riders enjoy sweeping views of all the shopping, dining, entertainment, and the Wharf Marina.

The Wharf at Orange Beach
alwharf.com