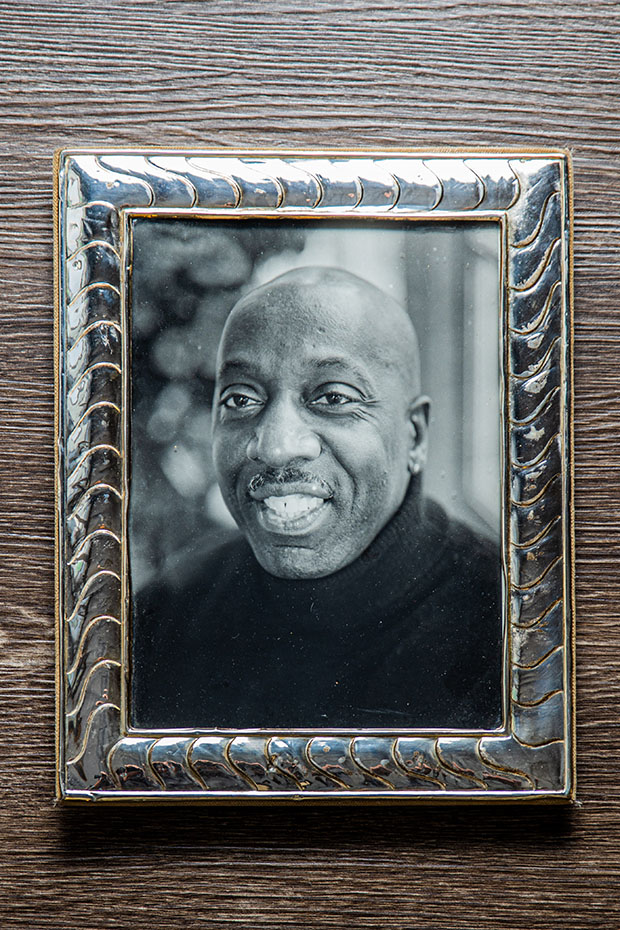 An innovator, a trend setter, and a designer with a unique eye.

When it comes to interior designer Harry Williams, he was far more than just a trailblazer in his profession — though the steps he took to start his career truly were inspiring.

“He was a person who had vision,” says Eula Williams, Harry’s ex-wife who remained close with him even after their divorce. “When I married him, I knew he was a person who was going someplace because he had ambition.”

For more than 40 years, Harry Williams furnished, redecorated, designed, and shifted the homes of many residents in the area and across the country. On Christmas Eve 2020, Harry passed away at the age of 80. Now, those who were close with him — as clients, family, or friends — remember the man and the great impact he left on their homes, the community, and most importantly, their lives.

The Man
For Harry, interior designing came naturally. Friends and family say it was something always associated with him. He had a knack for finding that item that made a room.

“That was one thing that drew us together, I think,” says Eula. “I loved antiques, he loved antiques … it was kind of unusual to meet a man who loved that kind of thing. My mom also liked him because of that.” 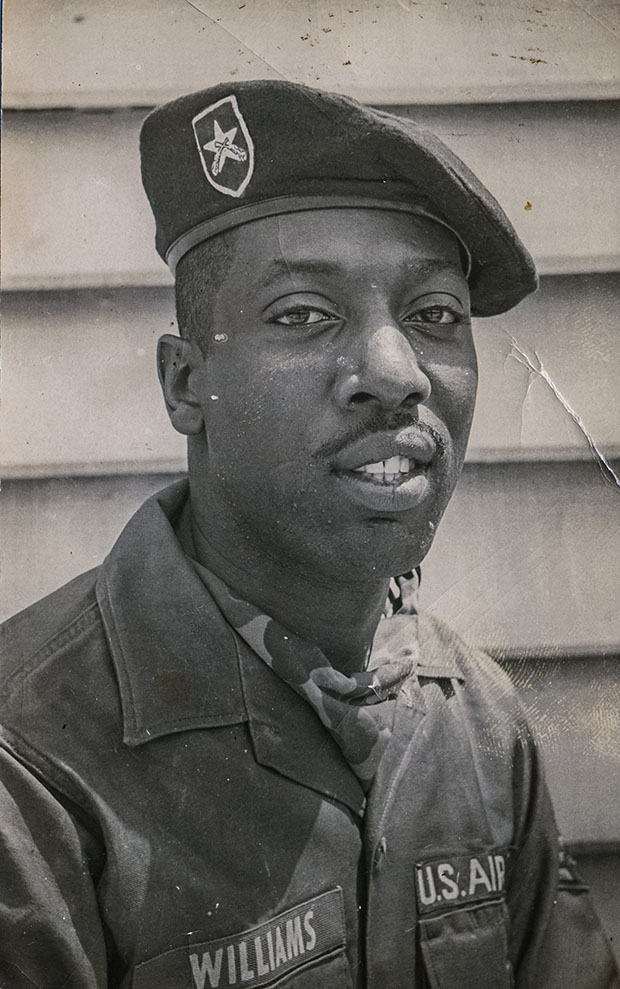 Born on June 2, 1940, in Newburgh, Indiana, Harry first attended Indiana University in Bloomington, Indiana, with plans far from being an interior designer. In 1962, he met Eula and the two were engaged in 1963 and married before Harry enlisted in the Air Force, serving three years with the final year in Vietnam.

Upon Harry’s return in 1967, the couple bought a home on Mulberry Street (where Eula still lives) and began their new life with their son, Reggie. At that time, Harry worked at Mead Johnson, putting in part time work with interior designer Dick Mansfield on weekends.

It was thanks to Eula, who encouraged Harry to pursue that knack for design, that saw him applying to the Art Institute in Pittsburgh. She says she suggested looking into attending a school to study what he was passionate about and help him find what would make him happy.

Having been convinced of his true calling, Harry packed his bags and headed to the Art Institute of Pittsburgh, a private college founded in 1921 which focused on design education. Staying with an uncle who lived in the city, Harry thrived, becoming the first Black student to be the president of the student chapter of the American Society of Interior Designers during his three years at the school. He spent time on a room for the Decorator’s Show House sponsored by the Junior League of Pittsburgh during his final year at the school, and the finished work later appeared in editions of Better Homes and Gardens and McCall magazines.

“That really helped him. I remember when Reggie and I went to visit one Thanksgiving, he also had cousins there and it was quite an experience,” says Eula. “So everything was just sort of running right along this path for him (to be there).” 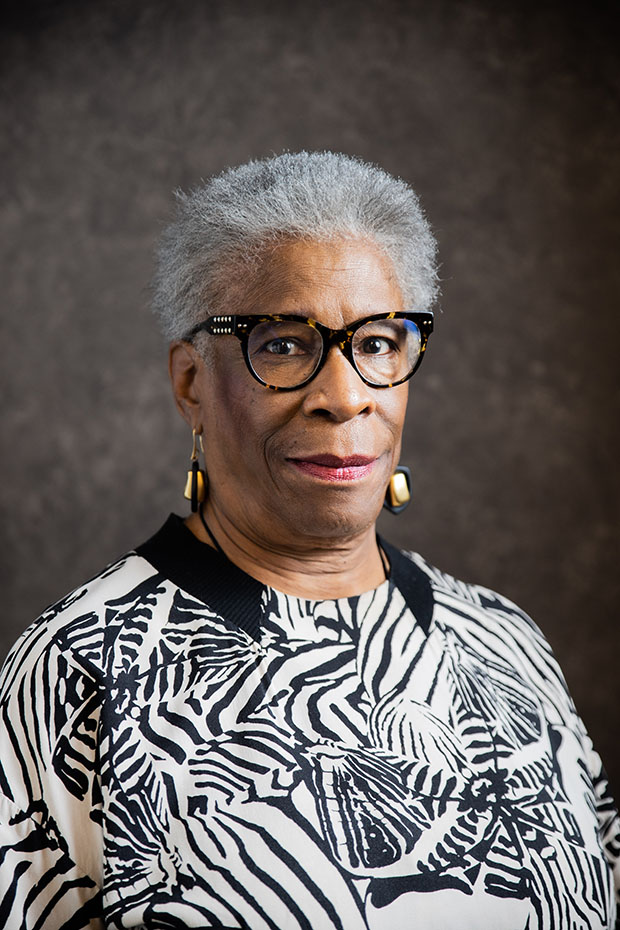 In an article in the Indianapolis Recorder in 1975 following his graduation with a master’s degree in interior design, Harry said he often wondered why it took him so long to find his way to interior designing as it was connected to something he loved in his childhood — visiting Goodwill and Salvation Army stores with his aunt looking for used furniture.

Returning to Evansville saw Harry as the first Black interior designer to be American Society of Interior Designers (ASID) certified in the state of Indiana. It was at this time he was taken under the wing of Marianna Baker Sturtevant, a well-known and ASID certified designer herself in the city with her own business. In 1975, it was a risk — a white woman business owner hiring a Black man to do interior design. But it was one Marianna clearly did not have a problem with and their partnership would help build Harry’s status as a premier designer in the Evansville area.
“She was a sweet, little feisty person,” says Eula. “She took a chance on hiring a Black person.”

Together, Marianna and Harry built a successful business helping clients from all over the Tri-State design their homes. When Marianna passed in September 1983, she left the business to Harry, allowing him to continue what the two of them had accomplished. Working from his home on East Powell Street, he kept on designing — building a client list all over the country including Chicago, in the Northeast, and California.

The Legacy
Harry had a philosophy in his work — home décor should reflect its owner, not its designer.

It was a creed he constantly adhered to and one appreciated by friends and clients all through their relationships with Harry. 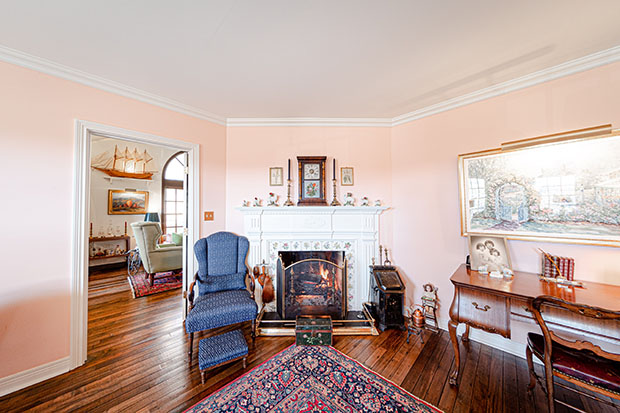 “Harry didn’t have a look per se with his designs,” says Margaret Haire, a longtime friend and client of Harry’s. “He took what you had and he was so talented and creative, he could make it better. Infinitely better.”

Walking into the home of Dennis and Margaret Haire on Evansville’s East Side, the couple wasted no time in crediting Harry for the style and aesthetic. Mention the feel of a room or color on the wall, it’s all thanks to Harry. Compliment a piece of décor or beautiful upholstered furniture item, and that was Harry’s keen eye shining through.

But behind the gushing about design, colors, and room layouts, the talk is all about the unique and interesting man that Harry Williams was.

“We loved Harry,” says Dennis. “I always enjoyed being with him. He had great ideas and was a big antique person as we are.” 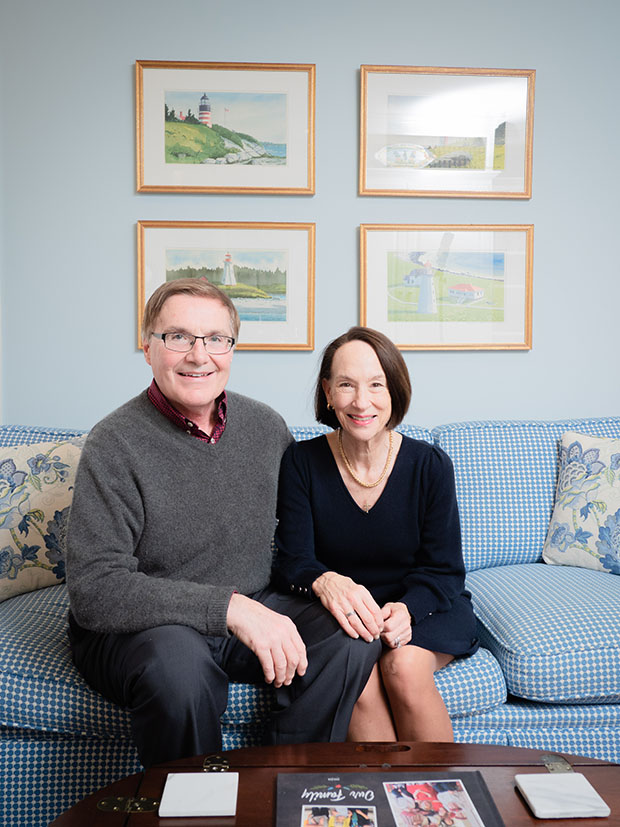 When the Haires built their home in 1986, the former cotton mill in Henderson was being torn down. They had an idea to acquire some of the brick, beams, and pecan flooring from the offices of the mill to use in the home’s construction, but were unsure if it would be a smart idea. Harry urged them to bring in the pieces for the home.

“We asked him if it was a really weird idea and he say no, in the big cities it’s big time,” says Dennis. “Harry even went with me — he thought it was a fantastic idea and even bought some items himself.”

Harry had a way of remembering his clients’ homes when out and about. The Haires easily recall visits from Harry where he would supply a new décor item or reworked piece of furniture and simply say, “I saw this and thought of you.

“The thing with Harry was if you asked him to do anything, you were going to get something extra that he had decided you needed,” says Eula. “He could take anything and do anything with it.”

Frankye and Harold Calloway echo the sentiment, recalling how hiring Harry for a little redecorating always ended with a new addition or improved look to their home.

“He could just be sitting here and then would get up and move something. Every time he came to the house, he moved something so it was different,” says Frankye.

“And it would change the whole room,” adds Harold. 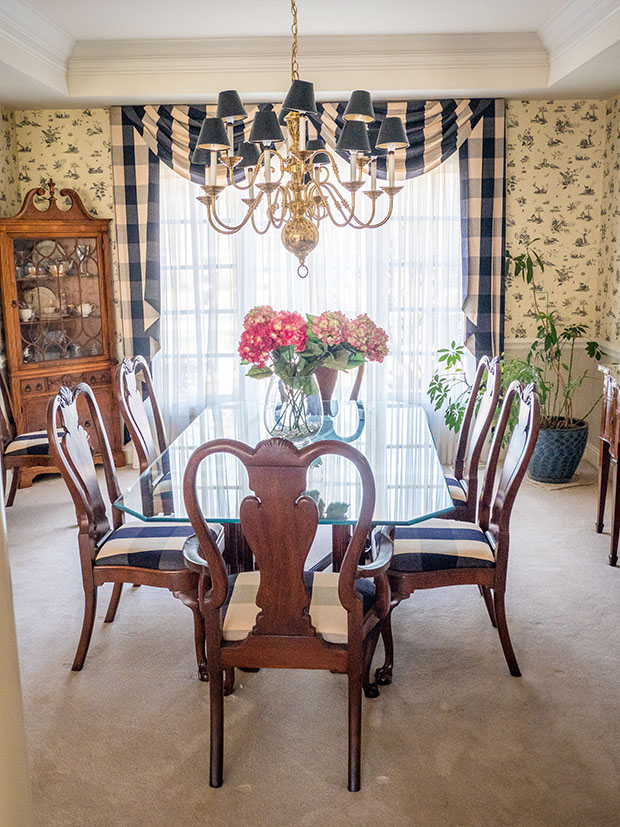 The Calloways met Harry and Eula when they moved to their first apartment in Evansville down the street from the Williams couple. One “very elegant” dinner later, and the four were friends. The Calloways enjoyed a long friendship as well as business relationship with Harry. Harold says he was impressed not only by Harry’s level of skill in what he did for a living, but that Harry was willing to go for his dream of becoming an interior designer.

“He was quite a sophisticated guy. He loved music and he loved entertaining. He was a credit to our community,” he says.

“He was a rare person,” adds Frankye. “How many African Americans did we have in the state at the time who were doing interior decorating? He was just really good. His personal style was elegant, sophisticated. In designing, his style was what you liked. When he was working with you, he would come up with what fit your tastes.”

And even though they may have been divorced, Eula and Harry stayed close as well with Eula continuing to call on him for those skills she had always seen during their time together.

“Whatever trends there are or were, Harry was going to set that trend,” she says. 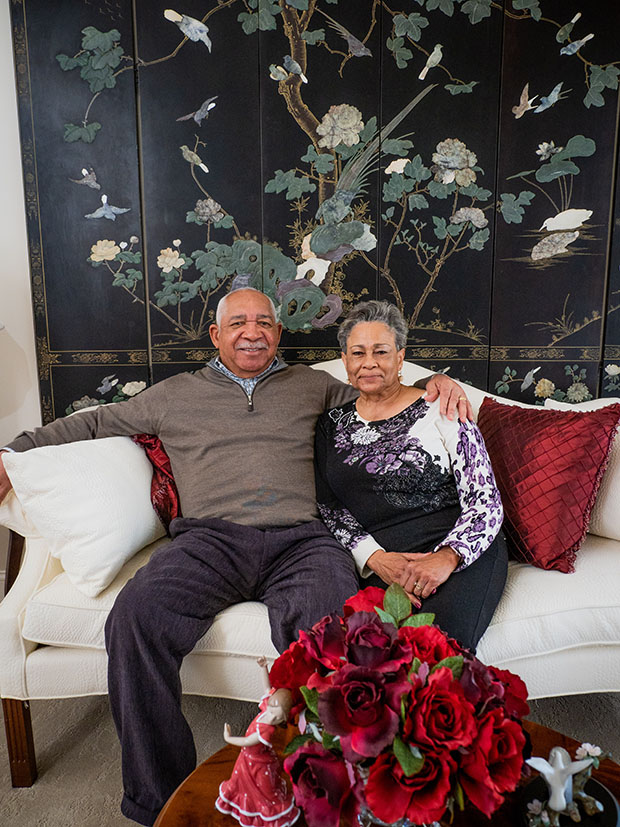 Those trends ranged from reworking items found in an attic (Frankye and Harold have numerous pieces refurnished thanks to Harry’s sharp eyes) to little things that were barely noticeable in a room (he had Margaret tell her painters to add a tablespoon of the wall color from her guest room to the white ceiling paint to help soften the color). And he was never afraid to liven up a living space with a little color. According to Margaret, Harry originated the idea of painting a porch ceiling sky blue — something he did not see in design magazines until years after he began doing it.

“He always had that extra effort. That was his claim to fame. He wanted to be different,” says Eula. “He was a gentle soul. Clients loved him. And it wasn’t always business with his clients. There were social situations with him too. And when he first stopped designing (due to his illness), they were just really so very kind."

Though Harry has been gone for a few months, he lives on in his friends and his family. He lives on in the memories shared by Eula, and the Haires and Calloways. He lives on in the beautiful pieces dotting homes around the Tri-State, which are as timeless as his work and talent. And he continues to bring a smile to everyone’s face whenever mentioned.

“I so admired his talent, his knowledge, and his creativity. He was fun to be with. Harry was one of the most pleasant people you would ever meet. He always was very positive. He was tactful, kind. He was just really a very fine person,” says Margaret. “When I remember Harry, I think of his beautiful, broad smile which never faded even when he was sick at the end of his life.”