Bill Miller was a lucky boy. Because of his luck, we — legions of Johnny Cash fans — can be immersed in six decades of “original rock and roll” at the Johnny Cash Museum in Nashville, open just 14 months (and already on Forbes and National Geographic “must see” lists). 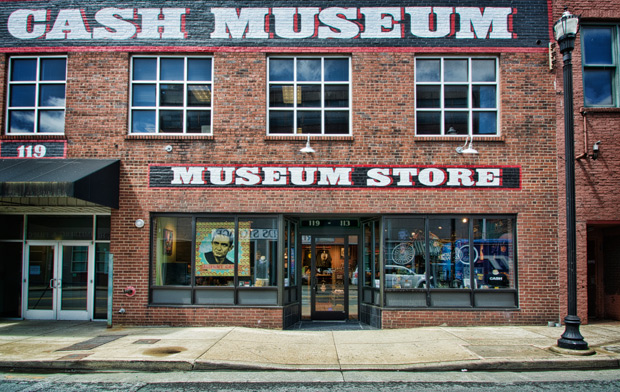 Miller was just 12 years old at a 1971 Johnny Cash concert in Denver, when Cash looked straight in the eye at the boy with the Brownie Instamatic camera (who had traveled 500 miles from New Mexico with his father to see the concert) and tossed him a harmonica. That moment was the first of thousands Miller shared with Cash; Miller became a Cash preservationist, the steward of a collection of Cash treasures now on display in the Johnny Cash Museum that Miller founded and owns with his wife, Shannon.

The museum is located just a few steps off Broadway in downtown Nashville; I visited with my sisters. It brought back memories, as Cash, Glenn Campbell, and the Statler Brothers were always on the record player in our home. (A video in the museum theater highlighted a 1971 Cash concert where he performed with the Statler Brothers, who sang “Flowers on the Wall,” which I’ve been humming ever since.) 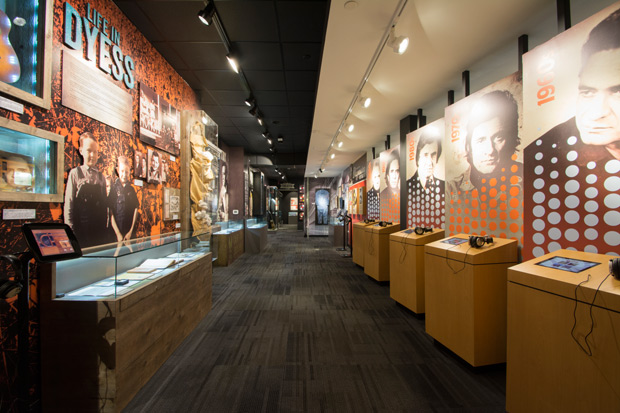 We spent two hours in the museum; I would go again tomorrow and the next day if I could, there is so much to marvel at.

Though Cash’s death (Sept. 12, 2003, in Nashville) is absent from the museum, included is a poem he wrote for his beloved June on the day she was buried. Visitors see many guitars and costumes; silver, gold, and platinum records; school photos; personal notes; military records; Cash’s artwork – a complete range of Cash memorabilia, authentically telling the life story of the Man in Black. 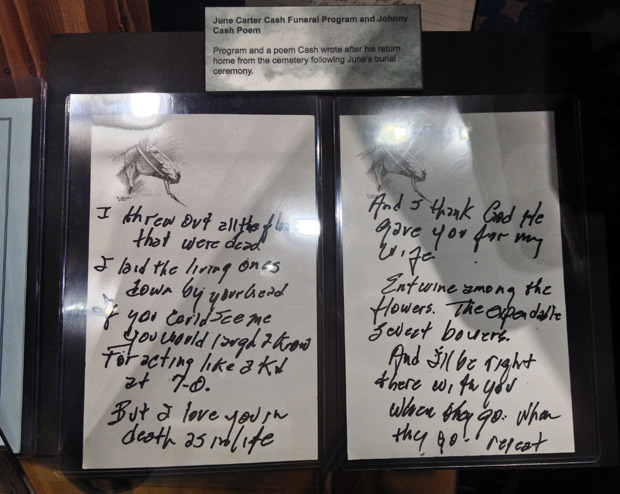